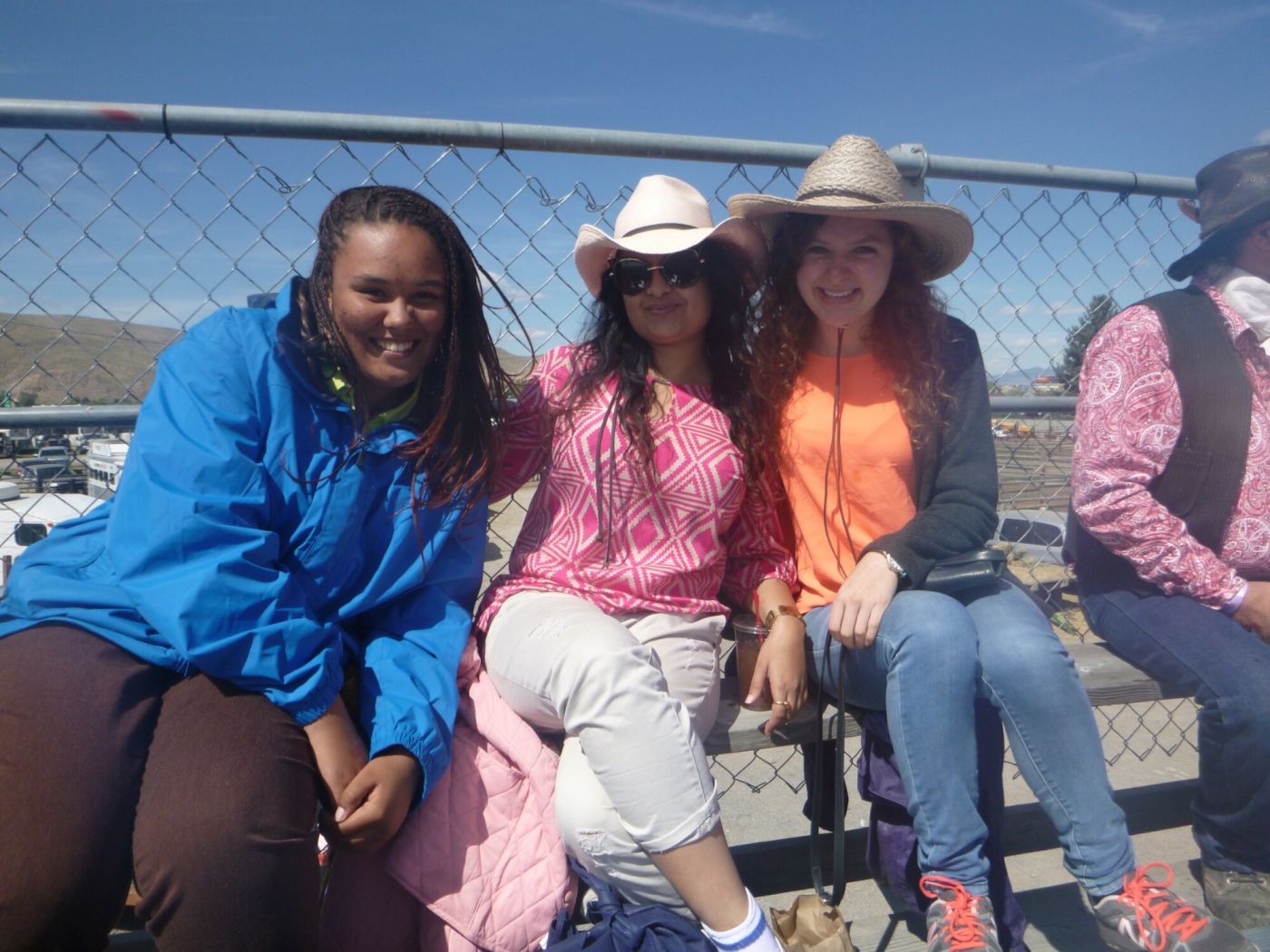 The rodeo opened with a patriotic speech given by the host and some sort of religious prayer to the Father, thanking him for everything. Everyone took their cowboy hats off and bowed their heads earnestly. Of course, the English and Indian girl didn’t know about this tradition, so stood there oblivious, with our hats on, until suddenly it clocked and I whispered to Sukhin that we must quickly remove our newly bought cowboy hats. 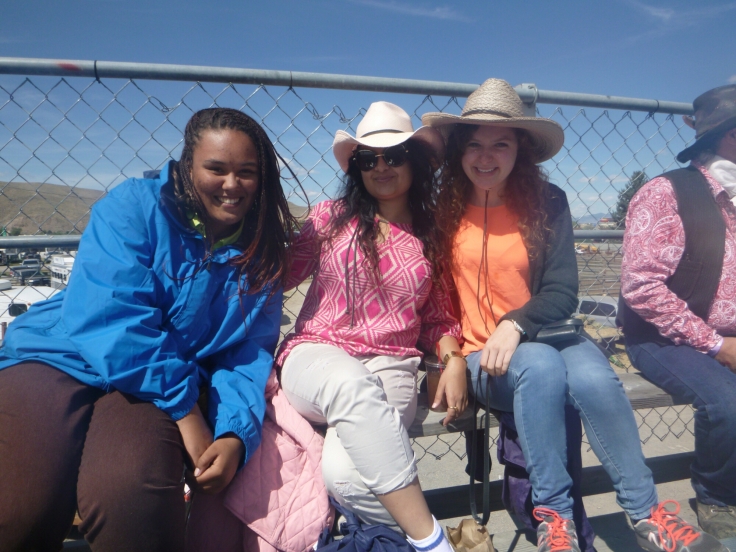 The show then commenced and lasted three hours. There were many different cowboy and cowgirl competitions as well as horse riding shows. A dramatic game was the wild horse bareback riding in which a cowboy had to stay mounted to his ‘wild’ horse with no saddle. Another performance that you had to half cover your eyes for, was the bull riding. These two were so dangerous that the guys were falling off and getting injured, here, there and everywhere. Other competitions involved catching a steer (baby bull), one team member would rope it’s neck, the other cowboy would aim for it’s legs. Here’s a summary of some events..

The host kept saying that the animals had the advantage. For example, you will see in the video that the cowboys are only allowed one hand on the horse or bull. However, the animals looked so distressed and I can’t for one moment believe that this is not cruel. It may be a spectacle, and provide entertainment for the masses, but part of me feels very sorry for those poor animals.

Later on Sukhin and I decided to go back stage. We wanted to find out more. We spoke to a few cowboys about how it all works and found out that some of them actually don’t work on a farm or ranch but are professional rodeo performers who do this for a living.

In the evening I went to the Josh Turner concert. He is a country folk singer who in Montana is very well known. The concert was so packed and being small it was hard to see. I managed to get a shoulder lift though, so got a great view. It was a fun end to a fab day 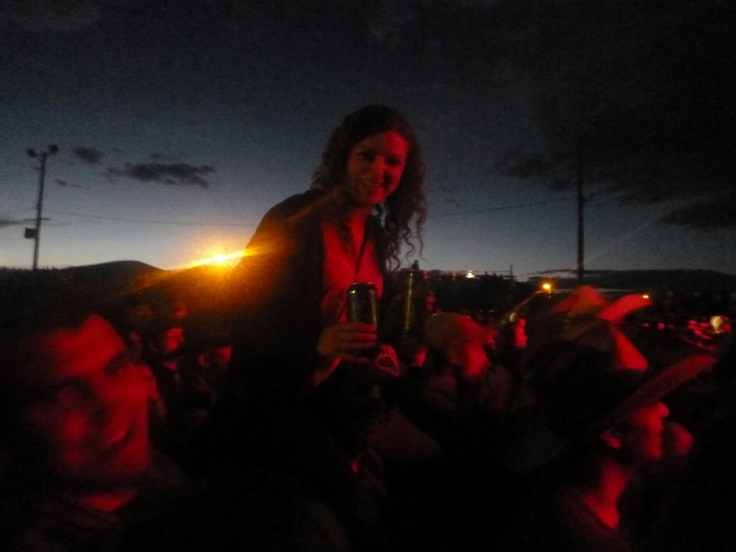 Today is the parade, last day of labour day weekend, then back to the grind tomorrow.