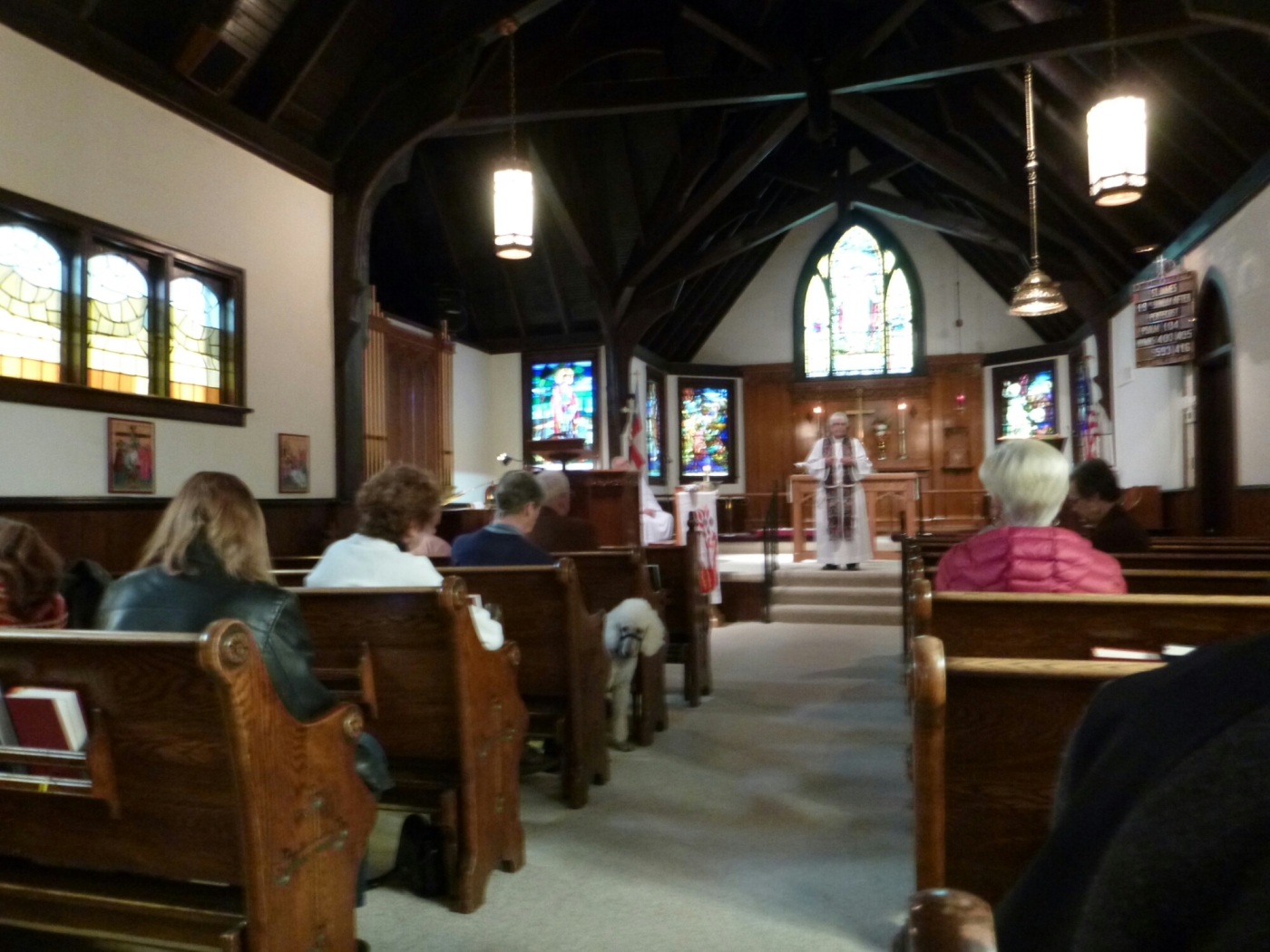 Today, Dillon’s Episcopal church held their Sunday service in honour of their pets. The church was established in 1881 and had a small congregation of about 20 people, 8 dogs, 1 parrot, 1 cat and 5 horses. The service was quiet an experience as you can imagine. It kicked off as you would expect with some hymns being sung and some readings recited. While this was going on it was hard not to notice the pets sitting next to their owners in the pews. The parrot chirped along to the songs, while the dogs barked on occasion.

Next, it was time for the blessing of the animals. The female priest summoned up families and their pets one by one. 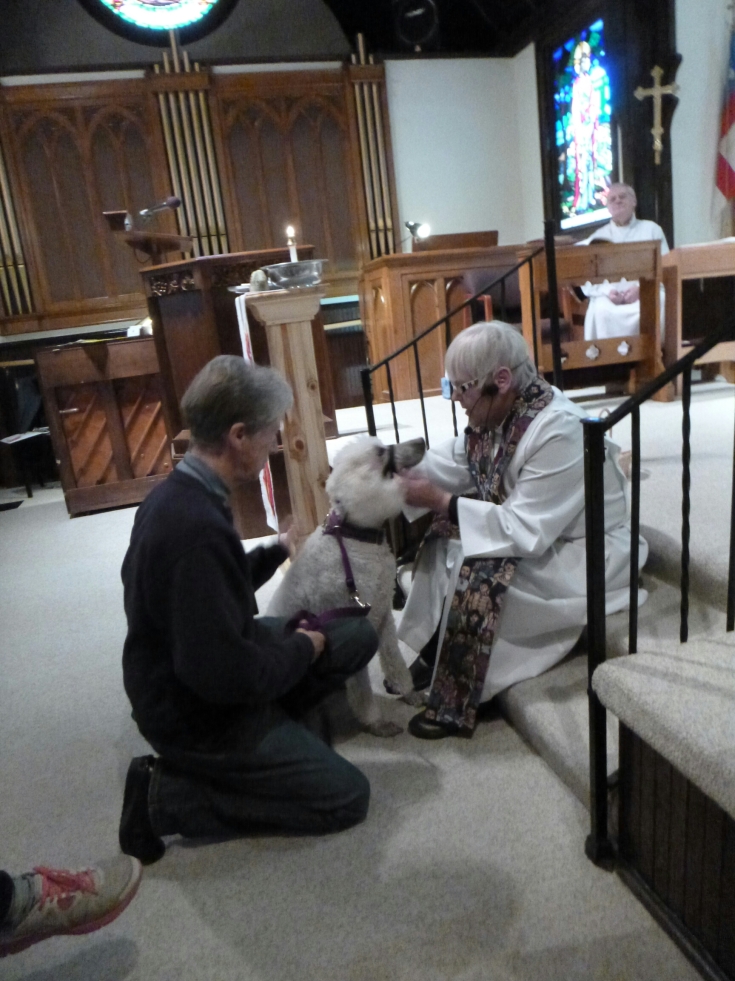 Some dogs were very obedient others were less so. They were all awarded with a treat after.

People who could not bring their pets presented the priest with their smart phone and their pets picture on the screen. The priest held the phone as if it was the most holly thing in the room and blessed. It was most surreal. I know we all treasure and rely on our iPhones but I have never seen one being blessed – even if the idea was blessing the absent pet, the iPhone was still the object being held. Sukhin’s two beautiful dogs in India were blessed in this manner.

The parrot remained in his cage for his blessing,  as he was said to bite.

The horses were blessed outside as they were too large to enter the church.

The sermon was about the V formation of geese flying and how with teamwork they fly much faster and further. It was interesting and touching to think about how we can learn a lot from animals and more widely speaking nature. In this way it is important to thank and even bless animals.

After the proceedings, announcements were made and sukhin and I were introduced to everyone. The priest said she recognised us from Facebook as our pictures were on one of the forest service pages. Technology really was an important part of this movement. The priest was interested to hear that Sukhin was Sikh and myself Jewish. There is no diversity in Dillon, people seem most interested to hear and learn about other religions and cultures.

Following this unique and slightly bizarre event it was time for lunch. We were treated with chili, veggies, salads, fruit and cake. What an experience.

Following the theme of world animal day we went horse riding in the afternoon. I Rode a beautiful horse called Yankee.