This morning in the zocalo free cha cha dancing was occurring. There was a big stage with some leaders and everyone was invited to join in. I thought what better way to learn some new skills than jumping in the deep end. I hopped on the stage and got involved. I got a few compliments from my friends who were watching and random passers by even though I was terrible. It was rather tricky, but once in the swing of it, moving to the rhythm and getting the steps down was great fun. I would love to do it again and learn some more dancing. It was sort of like zumba classes back home but outside, with an audience and a different type of dancing.

On the same stage, later on some professional dancers from Oaxaca gave a performance. Some were good others a bit wooden (I know I couldn’t do any better) but some really stood out while others not so much.

We went for to a typical Mexican restaurant, where I had two courses and a jug of juice for a grand total of £2. Later on it was time for a famous Oaxaca hot chocolate.

In the evening we went to see the biggest tree in the world. It was huge, apparently 25 children can hold hands standing around it. This is a glimpse at it (not a very good picture) 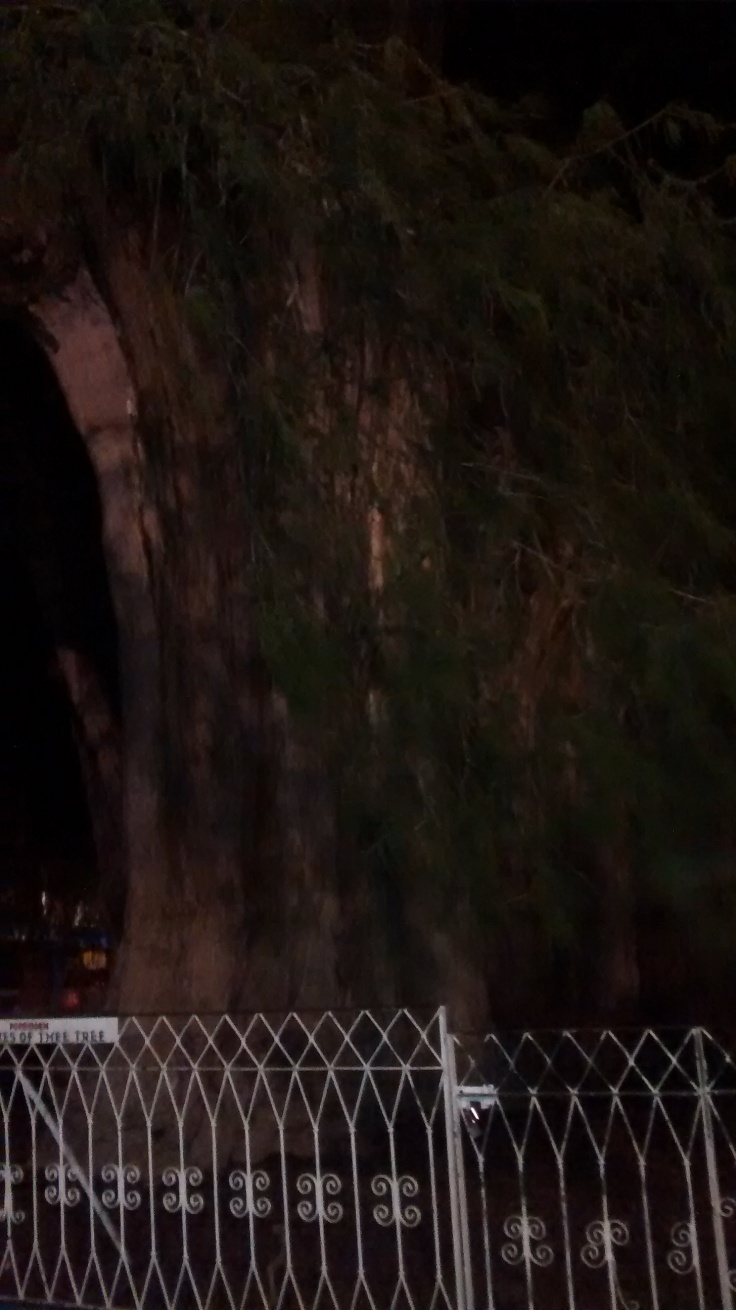 More street food was on the cards for dinner and some mescal to warm us up as the evenings gets a little chilly.