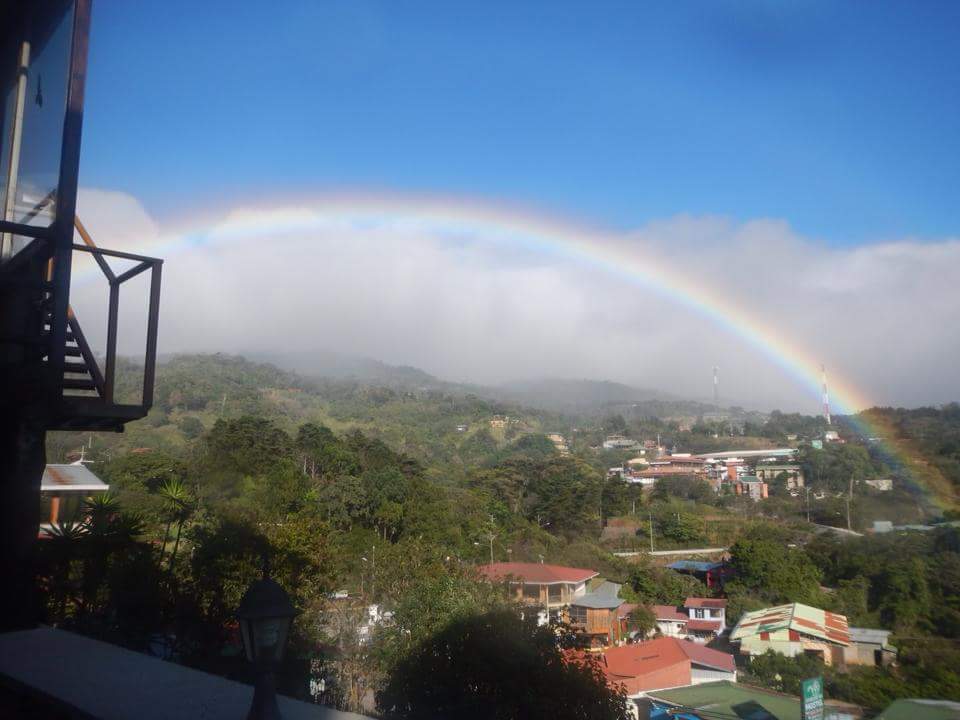 As the bus climbed up steep, dirt roads into the mountains the rainy drizzle began. Monteverte is a small, cute, quiet town in the cloud forest mountains. Consequently, it hosts rainy, windy and somewhat chilly conditions. On arrival I felt very cold all of a sudden so got my hoody, rain jacket and thermals out. I was curious what the temperature had actually dropped to, so had a quick Google. I was shocked to see that the day had lows of 19 and highs of 23 degrees Celsius – it felt much colder. I guess I was getting used to those 33 degree highs.

Nonetheless, I went for a wander around Monteverde , exploring little shops and getting my bearings. On returning to the hostel, I sat down and enjoyed a hot cup of herbal tea. It did just the trick warming me up. I met some other fellow solo female travelers and we had a nice evening together talking about our adventures. Looking out over the wall in the hostel, the view was phenomenal. You could see many green trees with settlements scattered between them. All the rain and sun had caused the formation of a rainbow.  As the sun began to set in the sky, it lit the mountains up casting an orange light over the dense forest.

The next day I tried waterfall canyoning. This involved repelling down six different waterfalls. One of which was 45m high. I was lucky enough to be the only one signed up, so had two guides to myself. We walked to the top of a waterfall cascade system and began the descend down. At first it felt unnatural leaning back on a harness letting gravity pull me down. I placed my feet tactically on the slippery rock face, moving each foot down as I relived the rope behind me. At first the water forcefully gushed over the cliffs onto my face – I couldn’t see a thing. As I got more used to canyoning I managed to see a bit better, get my balance and confidently lower myself to each of the plunge pools at the bottom. Just as I was in the swing of things I lost my grip and let go of the rope holding me, I slipped down giving myself a shock. It was a great adrenaline filled adventure. I am proud of myself for trying something I had never done before and it took me to a beautiful quiet scenic spot. The waterfalls were magnificent. Fresh water raced over the steep cliff tops soaking me and adding to the challenge. The jungle surrounded me, green lush trees sheltered us from the wind. Glimpses of sunlight shone though the intrinsic leaves highlighting elaborate lianas that were draped over the grand trees. Not only was it a great sport but it enabled me to spend time with nature. I saw my first hollowed out ficus tree. It was huge, extremely tall and I could walk inside and see up to the top.

I made a new travel buddy from London in Monteverde and today we took a shuttle and a boat to La Fortuna – a town next to Arenal volcano. 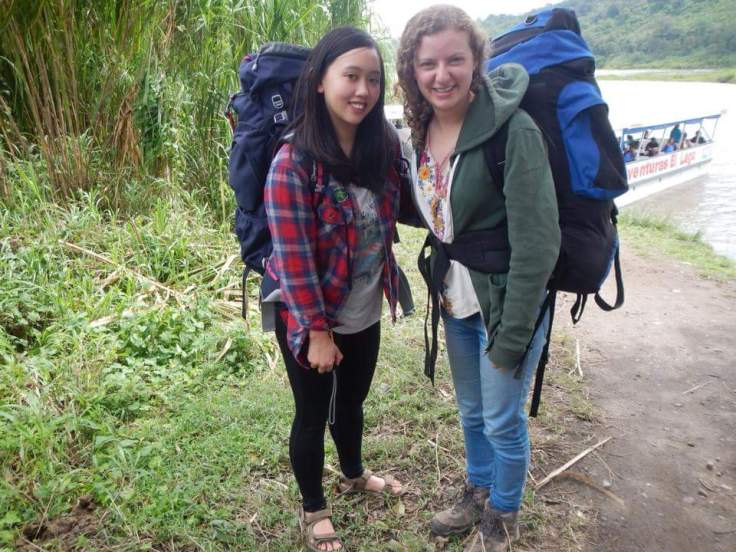