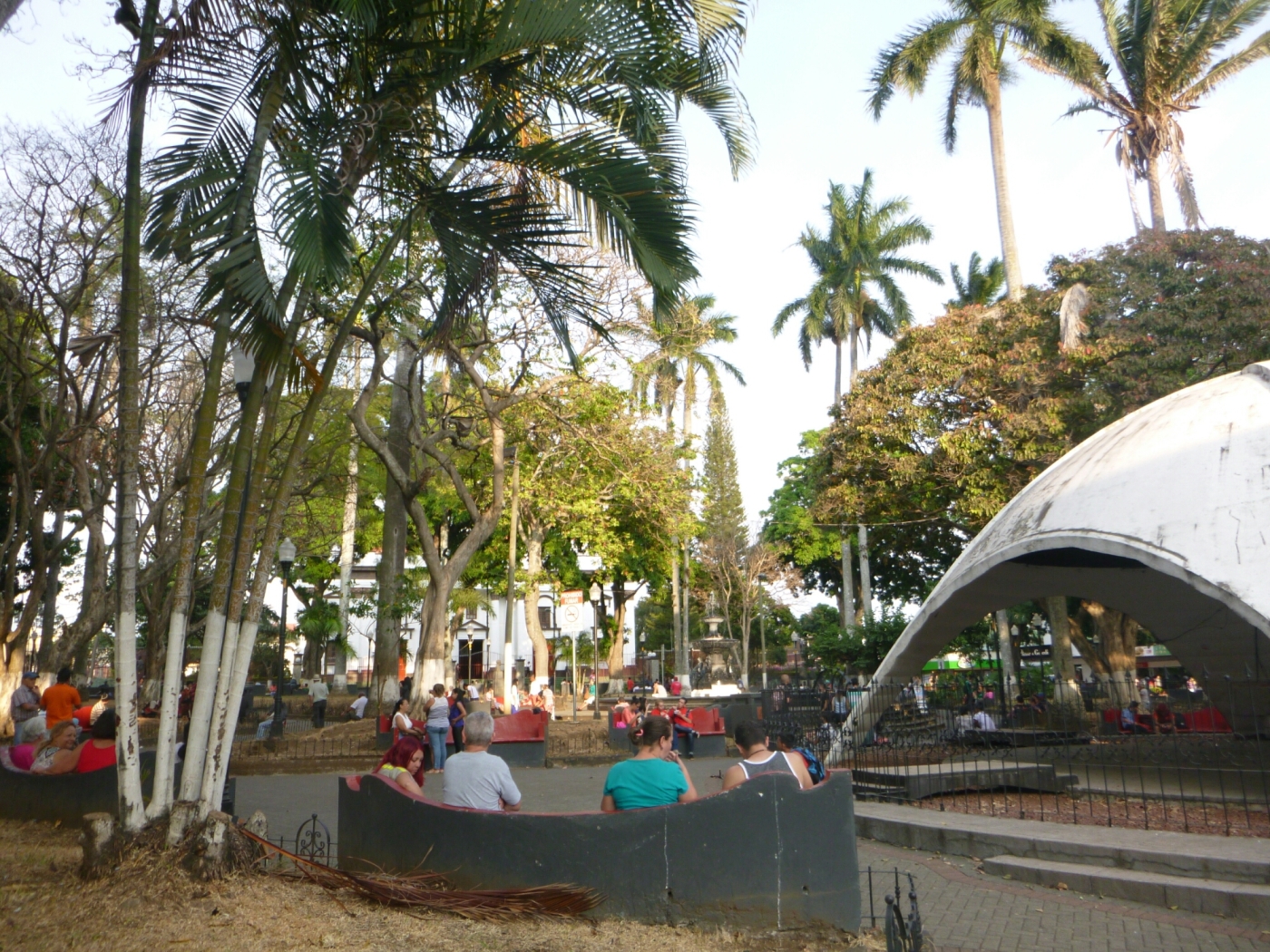 After a long bus ride from Cauita to San Jose I was feeling somewhat like a zombie. Don’t get me wrong, I don’t mind these bus journeys. They are a great time to write a new blog, have a little nap or simply sit, watch the world go by and contemplate my journey thus far. However, generally speaking on reaching my desired destination, I feel sleepy, very ready to get some fresh air, a stretch of the legs and want to find a bite to eat.

This said, when I stepped off the bus in San Jose I was most outraged to be hassled by not one or two but an entire army of taxi drivers. I had only heard horror stories about these folks being rude, overcharging and being generally unpleasant. I was not in the right state of mind to argue with anyone so I politely pushed my way through the herd of drivers yelling at me and stood on the curb thinking about how I would get to my hostel which was in another district.

One particular taxi driver would not leave me alone, I enquired how much it would be, 30 us dollars to get to my hostel – what a joke. I will take the bus thank you. Of course this persistent man claimed the bus station to be 2km away and very far. As always I took what he said with a pinch of salt and asked a security guard how to get the district my hostel was situated in. I was directed to a bus stop 5 blocks away by several friendly citizens. I took the bus for 1 us dollar – so much for buses being an impossible option.

A short while later, I made it to the hostel ready to rest and relax.

My last two days have been spent in Allajelo (near the San Jose airport). At first it dawned on me that there was not too much to do there for two days. Especially after talking to a very pessimistic French guest who slated Cost Rica, claiming it to have ruined him. It is true that San Jose is a big, busy and fairly unattractive city to spend time in. However, I have enjoyed doing not much at all. I spent some time in a mall, not buying anything but reveling at big shops and chain stores that I had not seen for a long time. I do not know why on earth the appearance of Pizza Hut made me so happy. I guess it’s a sign I’ll be home soon – so I smiled.

As well as roaming around Allajelo, I sat in the town park, watching Ticas stroll around, sit and converse with one another. A middle aged man dressed in a colourful poncho, played music to us, it was most pleasant and enjoyable. Sadly or fortunately should I say I got pooped on my pigeon, not so pleasant but it’s meant to be good luck so I can not complain. I also found myself sat in a church service. I strolled into a church to admire it’s interior decor, decided to shelter in the shade for a moment, so took a pew. Shortly, after a vicor arrived and began preaching. I thought it would be a good cultural experience, Spanish lesson and something to pass the time. So, I watched for a while, before walking out. I felt a bit rude leaving mid service but I was ready to continue roaming around outside. 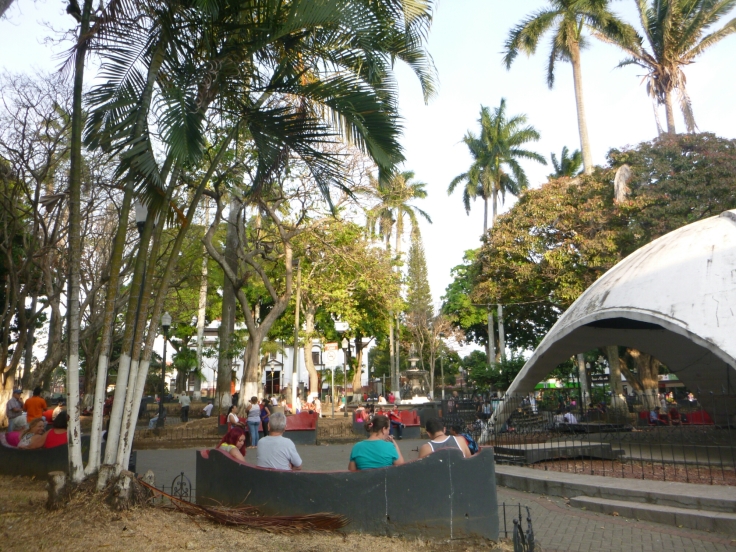 Before I knew it my two days in San Jose were up and I am now waiting for my flight to New York. Part of me is sad to be leaving Central America it is a stunningly majestic, historically fascinating and eye opening region of the world. It hosts so much diversity in natural beauty and is home to so many friendly, hospitable and caring citizens. However, it cannot go with out saying, that Central America has its problems too. What struck me most was seeing such wonders next to such travesties. I saw corruption first hand after enjoy the delights of the tastiest taco I have ever eaten. Rubbish littered certain regions, while the forest mountain backdrop looked so incredible. Contrasts occur in all walks of life and all countries. Back home in London, rough areas neighbour posh areas, homeless people beg next to elaborate restaurants but for some reason contrast really struck me on my journey in Central America and in North America too (particularly Vegas).

On the other hand, contrast is not always a bad thing, the difference between the geographic terrain, cultural way of life, language variations and food throughout central America was exciting. Also spotting the similarities between the countries was fun and comforting. My journey through five counties, from Mexico to Costa Rica in three months has been a character building, language strengthening and educational experience which I will cherish for the rest of my life. I have fallen in love with the landscape, nature and culture. I have learnt about new philosophies, ways of thinking and approaches to life. Not to mention I have learnt a lot about what is important to me and to appreciate all I have.

Stay tuned to see how city girl copes in her next stop – the big city New York.