Waking up early, I was ready for some morning yoga. I went to a very strange yoga class next to the hostel costing 200 rupees – around £2.

The instructor began with some basic sun salutations. He then chose some more advanced sequences, which I enjoyed. However, there were beginners in the class that were not guided very well. Someone could have easily been hurt. (Tip: if trying yoga for the first time, find a beginners class.)

The session ended with some chants and forced laughter – I had never tried this before. It seemed very artificial. It is good to go to regular yoga classes so you can get used to the teacher and sequences.

We went straight to breakfast. I tucked into fruit, museli and yoghurt with a chai tea. Delicious. This said, we made the mistake  of choosing the cafe: Grass Roots which was too touristy and expensive for what we got.

A couple of us from the hostel walked to Jagdish temple built in 1651 by Maharana Jagat Singh who ruled Udipur during 1628-53. The temple is dedicated to lord Vishnu (the preserver of the universe). 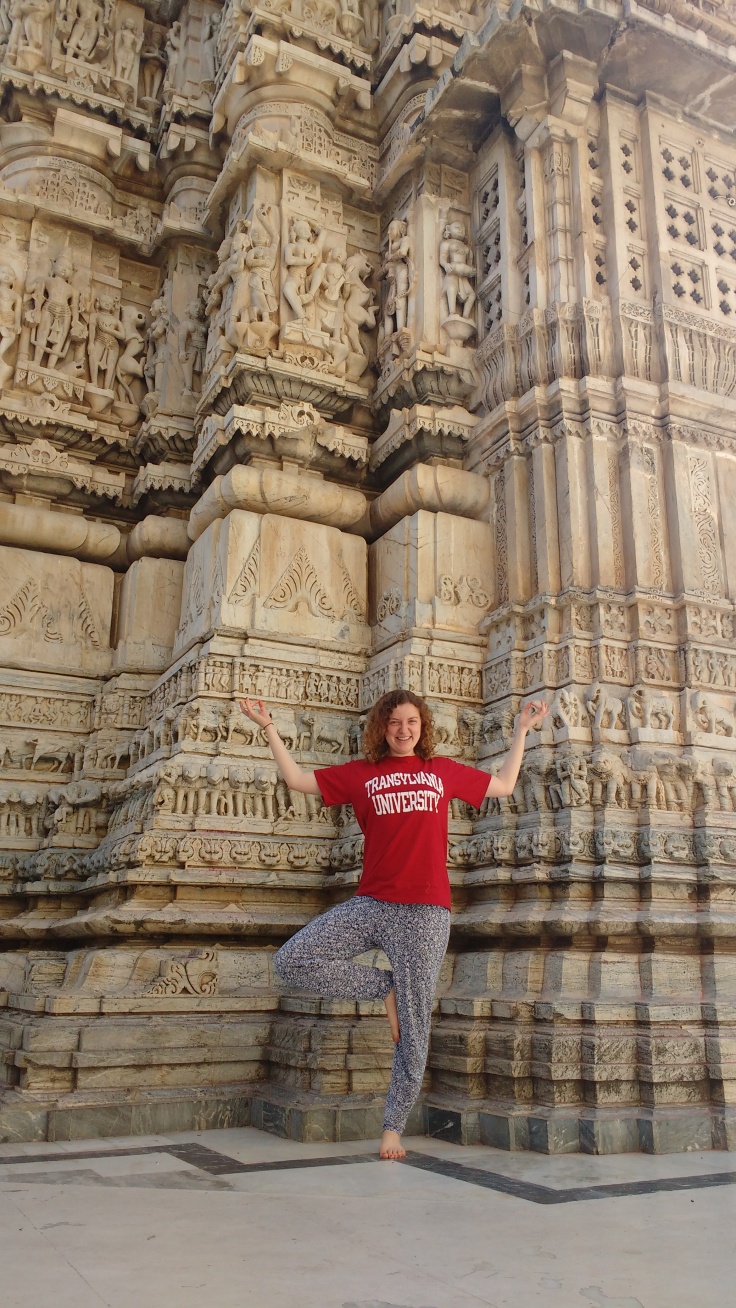 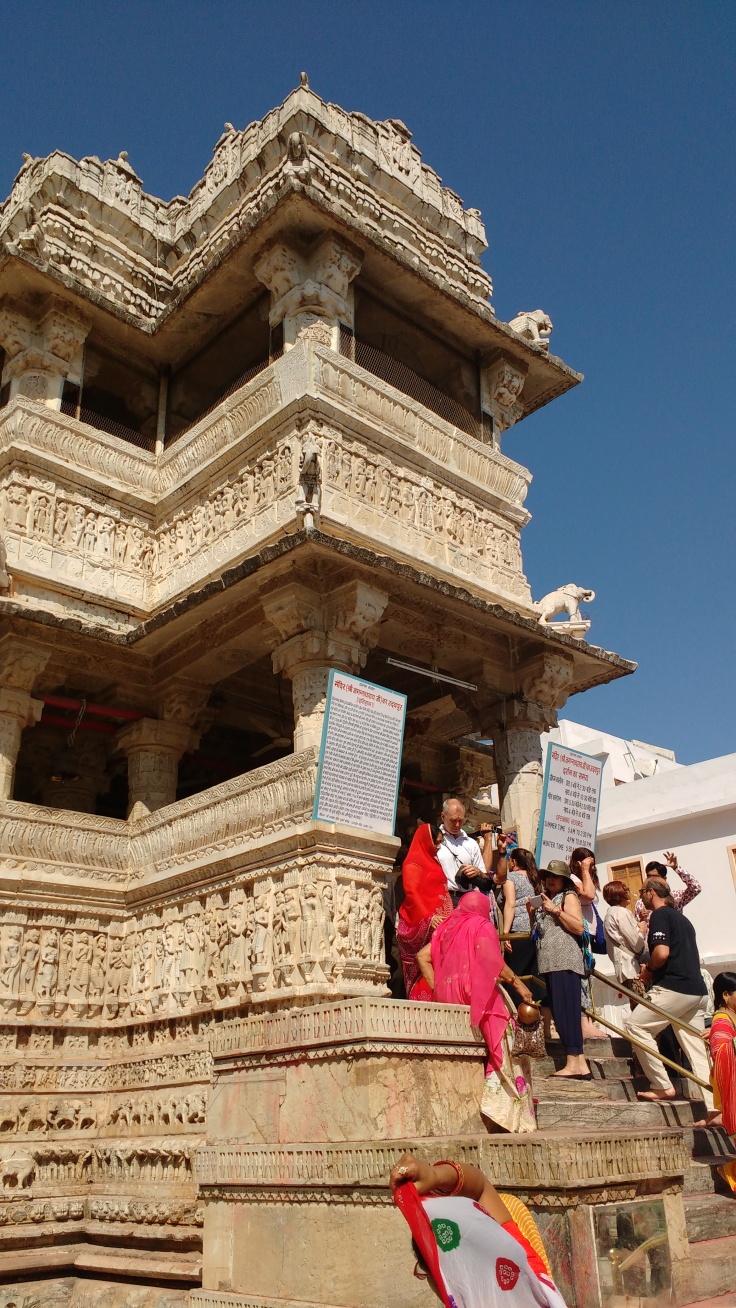 The temple is astonishing, with intricate carvings covering the walls.

Beggars sat outside asking for money. It seemed so unfair that people had no home next to such a holy place.

City Palace was next on our agenda – costing 300 rupees or 100 for students to enter.

The palaces are all within walking distance.

Staff were preparing for a wedding, while we were looking around. What a place to get married! 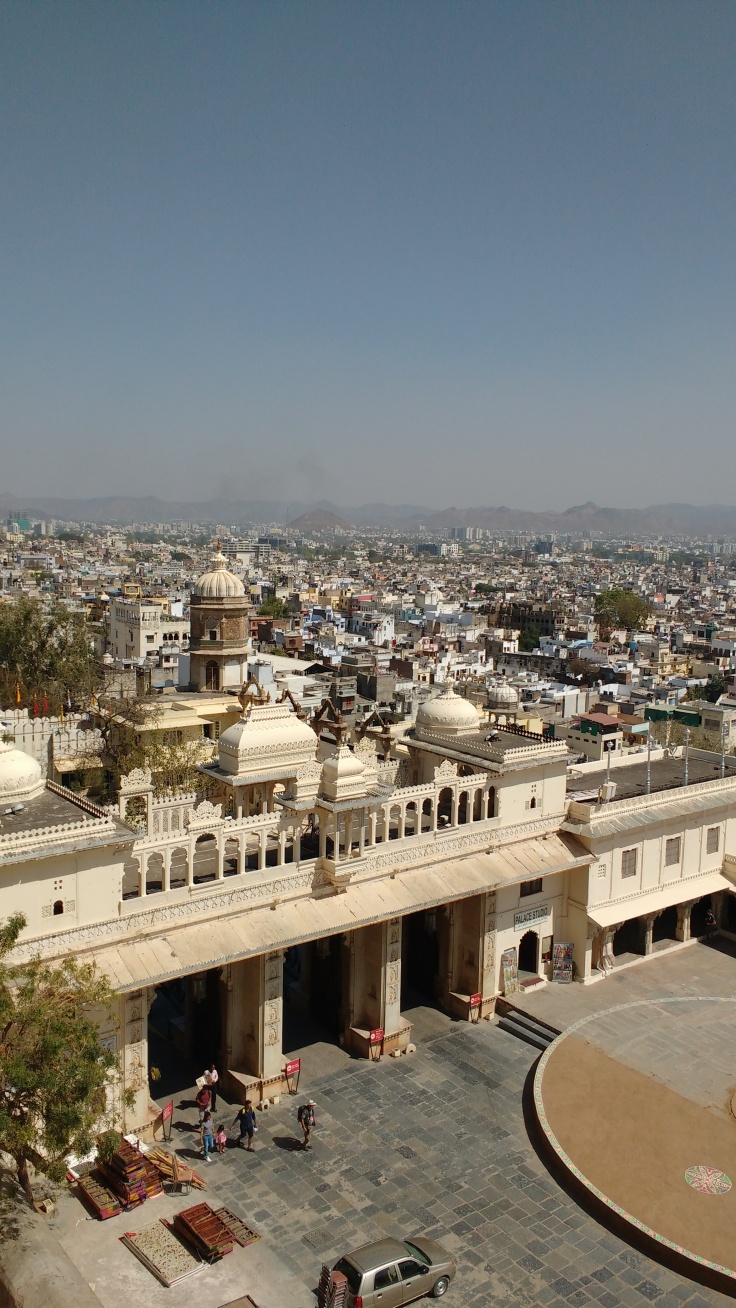 In the afternoon I joined a hostel trip to Badi lake. Six of us jumped in a tuck tuck and were on our way.

The driver pulled up at a magical spot by the lake. We had a tasty samosa picnic before swimming in the freezing water.

The cold radiated through my body making a nice change to the usual hot, sticky feeling.

I swam to some rocks, climbed up and contemplated jumping in. Terrified, I let a couple of others go first. At last I leapt. Splash! Feeling relieved for plucking up the courage to jump, I swam around the stunning lake.

Later on we went for a small hike up a hill. We were blessed with a spectacular view. 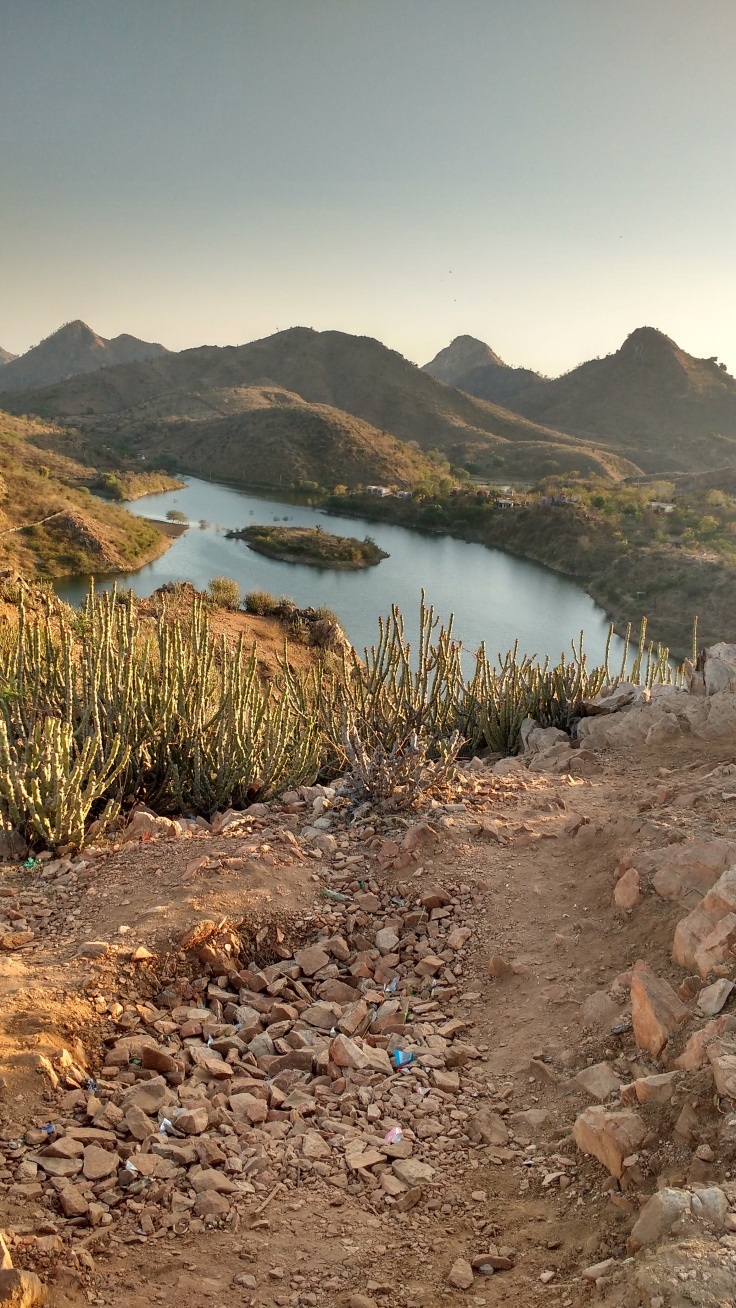 Bare mountains pierced the sky. While sitting here and admiring the scene, I could discern Hindi music blaring from the village below. Another wedding was taking place. 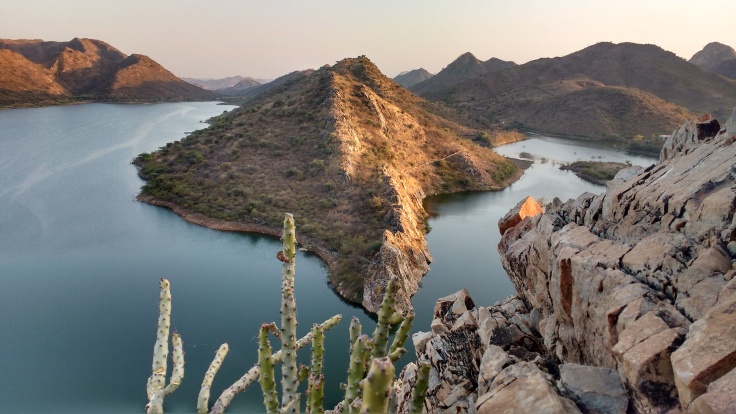 A gentleman from the village taught us how to make chai tea. You boil milk, add crushed ginger and cardamom and then stir in the chai tea mix. 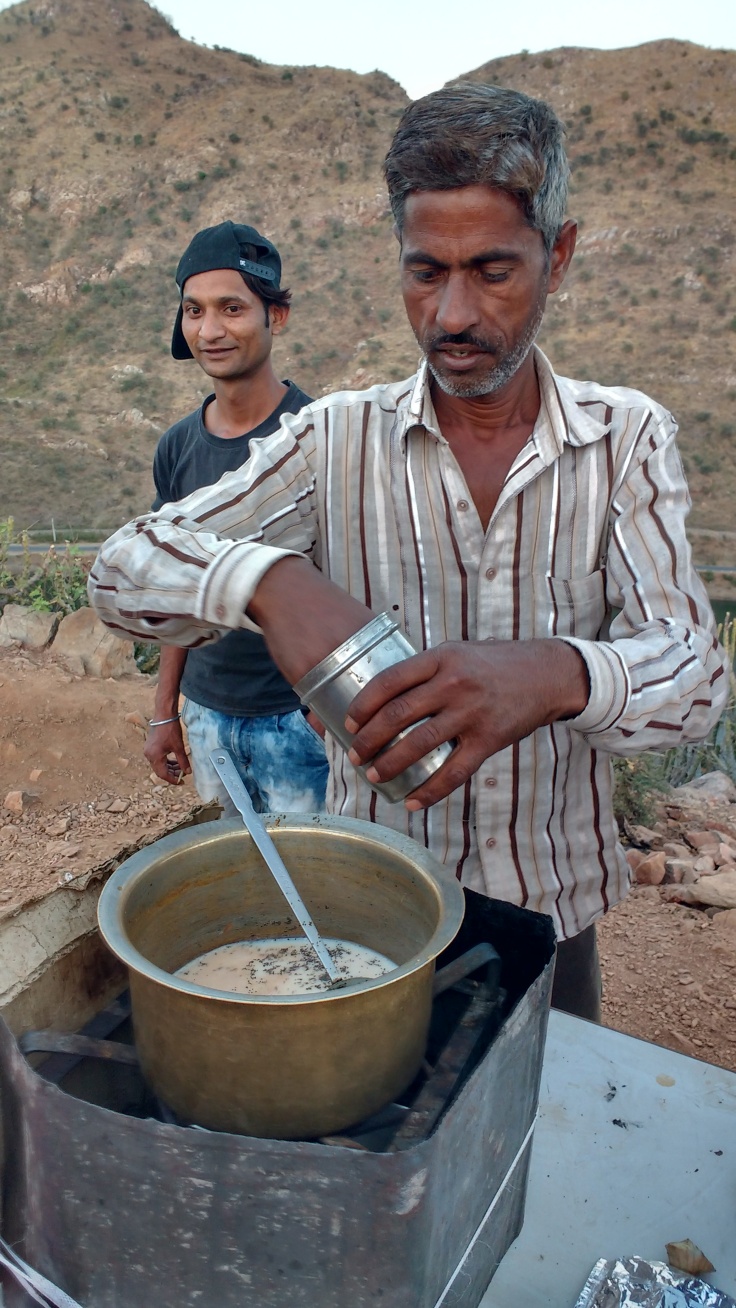 It was a memorable end to a busy day.

2 thoughts on “Yoga, swimming and hiking”