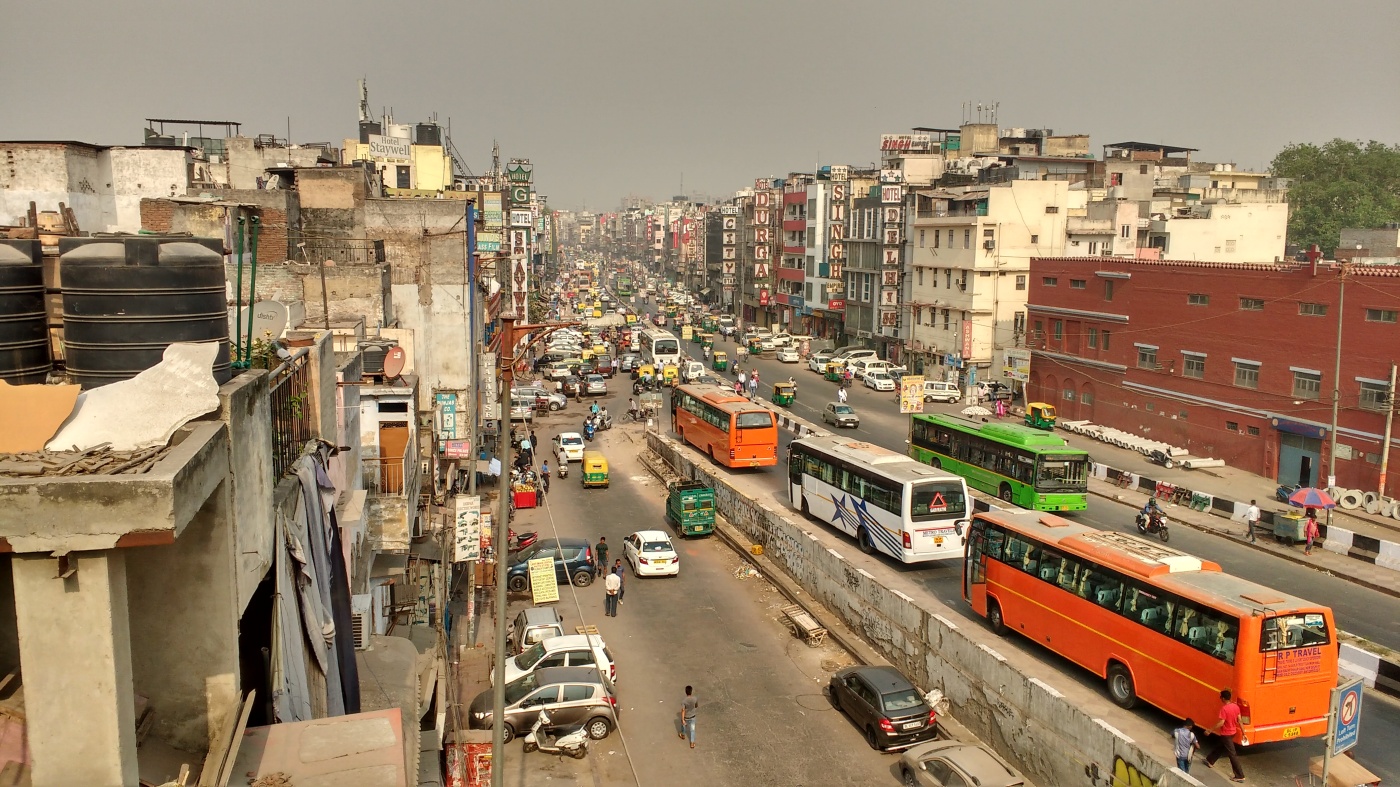 Unfortunately it was time to vacate the peaceful foothills and make my way to the big city, Delhi.

The bus left at 8.15am from Mcleodganj bus station. You can buy the tickts on the bus when you arrive. There is no need to book in advance unless you prefer doing so.

The journey is supposedly 12 hours. It begins with the bus zooming down the windy mountainous roads. The bus was fairly jolty but the view was well worth the bumpy ride. The state government bus was comfortable with reclining seats.

We had a couple of rest stops. One was at a fancy restaurant for lunch with beautiful gardens. Outside a couple were taking a pre-wedding photo shot. Apparently an expensive affair. Weddings in India are lavish and last for several days. 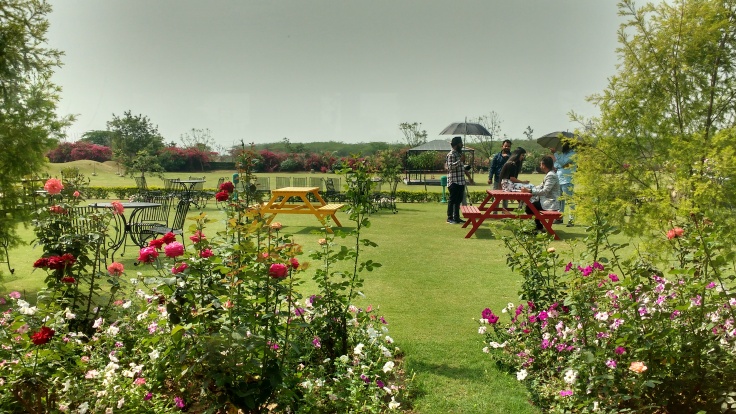 The temperature was getting much hotter the further south we were going. In the mountains the climate was perfectly cool.

As April is progressing summer is quickly approaching. Temperatures will soar in May.

The sun set was the familiar polluted kind. The bright orange sun coated with dust was globular.

As darkness took over, the noises did not die down. Instead the closer we were getting to Delhi the louder everything became.

We rocked up at 9 pm later than expected and a swarm of people heckled us: ‘Taxi? tuck tuck? Water bottle?’ An array of people rushed past, going about their everyday life.

Welcome to Delhi. Numerous people had told me not to go to Delhi and that no one can be trusted there. Many had said it was unsafe for females. Yet, then again people had said that about the entirety of India and how wrong they were.

We ordered an Ola taxi (similar application to Uber). Half way to the hotel we realised we had left a jacket on the bus. We asked the taxi driver to take us to the bus station in the hope of finding it.

On arrival asking bus conductors most said ‘no, no, no’. They were in a rush and didn’t want to help. No one was telling us where the buses parked for the night.

Finally we got a clue and jumped in a tuck tuck. The driver took us somewhere and offloaded us saying: ‘over there!’

Where? It appeared as if he has just ripped us off. There were only 5 buses parked and none where ours. He speedily jetted off before we could say anything.

A man on a motorbike came up to us and explained that we were in the wrong place. We needed to go elsewhere. He was too helpful. It seemed suspicious. However, it was worth a shot. He flagged down an auto and gave the driver clear instructions. Unclear where the ambiguous man had sent us, I sat tight.

Rocking up at a dark car park a couple of sleepy security guards opened the gate for us. After a lot of explaining they walked with us to the bus. One man ceased open the door using the emergency handle and let us on. The jacket was there – result. Exhausted and flustered by the manic Delhi we went straight to the hotel.

I felt a little guilty for not trusting anyone, when in actual fact most were helpful. The first tuck tuck driver set a bad precedent, not everyone is like him in Delhi.

In the morning there was a lovely breakfast on the rooftop. It was the perfect distance from the mayhem on the street. I could watch the citizens roam the street without getting stressed by them. 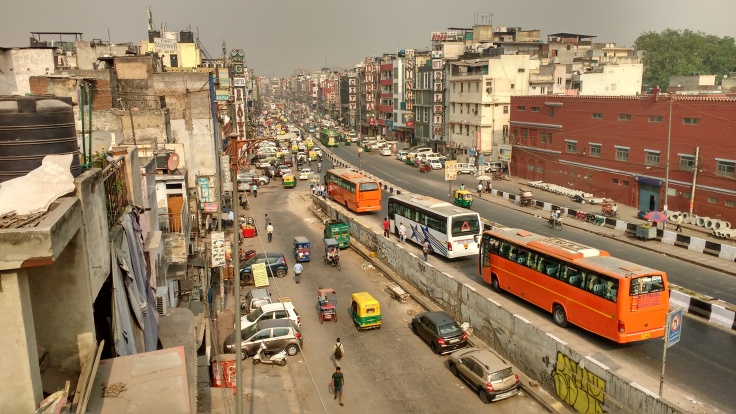 I would recommend staying at Cityempire @ New Delhi rail station. The rooms cost only £12 a night, are clean and there is a 24 hr restaurant on site – useful when arriving late.

After breakfast, it was time to get to the airport for my flight home. I wish I could have explored Delhi a bit more. While it was manic I was curious to see what all the fuss was about. Next time I’ll spend longer there.

The first Uber taxi cancelled the ride as he approached in the hope of overcharging us. He was sly. Luckily another more genuine driver came along.

I can’t quiet believe my 6 weeks have come to an end. They have sped by.

Watching Delhi out of the taxi window I felt sad to be leaving such a culturally rich, manically busy and fascinating country.

I hope one day to return. 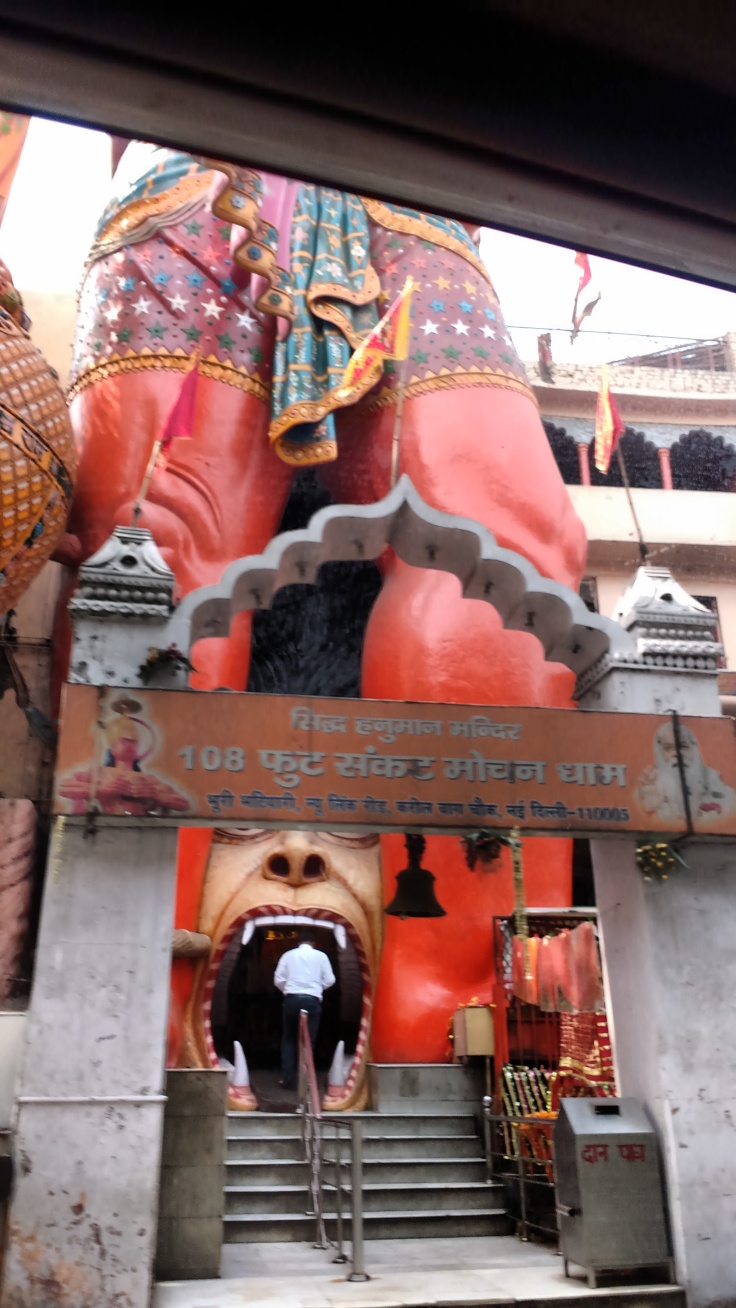