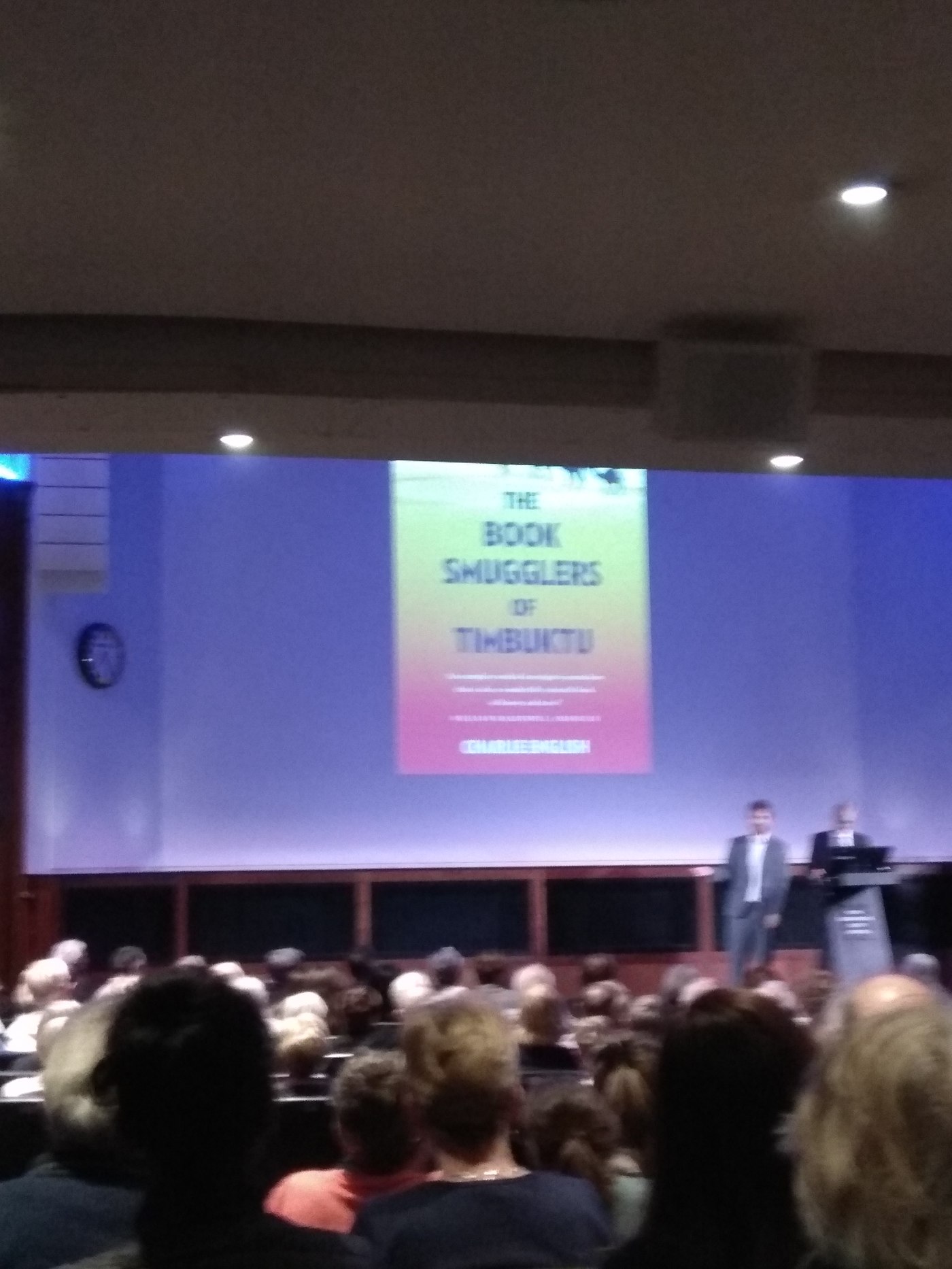 Where is Timbuktu and why do we know it’s name?

Timbuktu is in Mali, Eastern Africa. It’s a small dusty town. The village has been referred to as the a centre point in Africa. Being situated 7 miles from the Niger River and to the south of the Sahara desert (the largest desert in the world), it is well known for its trade in gold, ivory and silver.

In 1300 the village’s most famous king Mana Musa journeyed to Mecca where he spent a tonne of gold, leaving his mark. The price of gold is said to have depreciated in Mecca enormously after his royal visit!

Following this, numerous Western explorers tried to reach Timbuktu. Unfortunately, most adventurers perished on their quests.

This obsession to reach Timbuktu has continued throughout history. More recently, Charlie English (who spoke at the Royal Geographical Society this evening) has been researching into Timbuktu’s current political affairs for several years.

Timbuktu in the 21st century:

Home to thousands of manuscripts (hand written documents), Timbuktu holds a vast wealth of historic texts. These cover topics from science and theology to documentation of events.

In 2012 the extremist Islamic group – Jihadist invaded Timbuktu. With a weak government in Timbuktu at the time, the Jihadists took over without a fight. They destroyed many mausoleums in the region. This is because the tombs were taller than a man’s ankle, meaning they were treated with a higher level than a deity. This was unacceptable to the Jihadists. Consequently, these thousand year old artefacts were destroyed.

The Jihadists implemented new laws for the civilians. Women had to dress conservatively and loud music was banned. Stoning was put in place for adulterers.

Charlie English told us a remarkable story in which three historians from Timbuktu saved just under 4,000 manuscripts under the Jihadist’s rule.

A little while later in 2013 libraries of artefacts were burnt down in Timbuktu by the Jihadists. This was broadcasted on international news.

However, it is yet to be decided if the huge amount of manuscripts where saved and where they may be. English is rather dubious to the stories. He said that while many manuscripts were burnt he was unsure if there were thousands that were saved. The stories he heard appeared to be fabrications of the truth.

English left us with the fact that there is a huge wealth of African history to be discovered and the idea that myths and stories can’t all be taken as facts but still have a lot to teach us still.