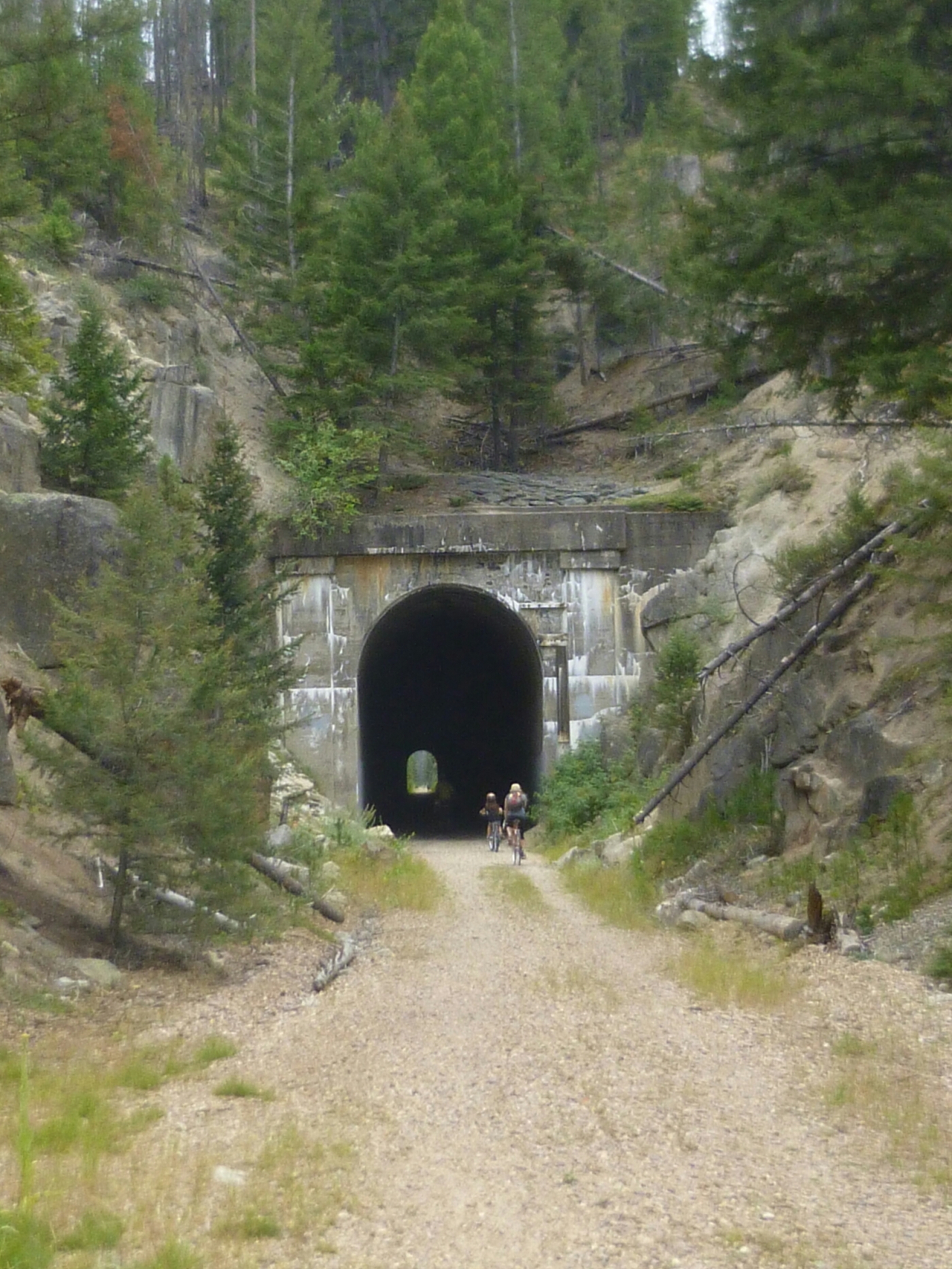 On Friday I went for a bike ride with the family – I now have a bike I am borrowing so I’m super happy. We drove to the town Beaut and cycled down an old disused railway track. There were these tunnels which were pitch black and you could only see a little light at the other end. It was kind of spooky and as most of you know I struggle to walk in a straight line as it is… So cycling with no vision on rough terrain with a road bike was a challenge. 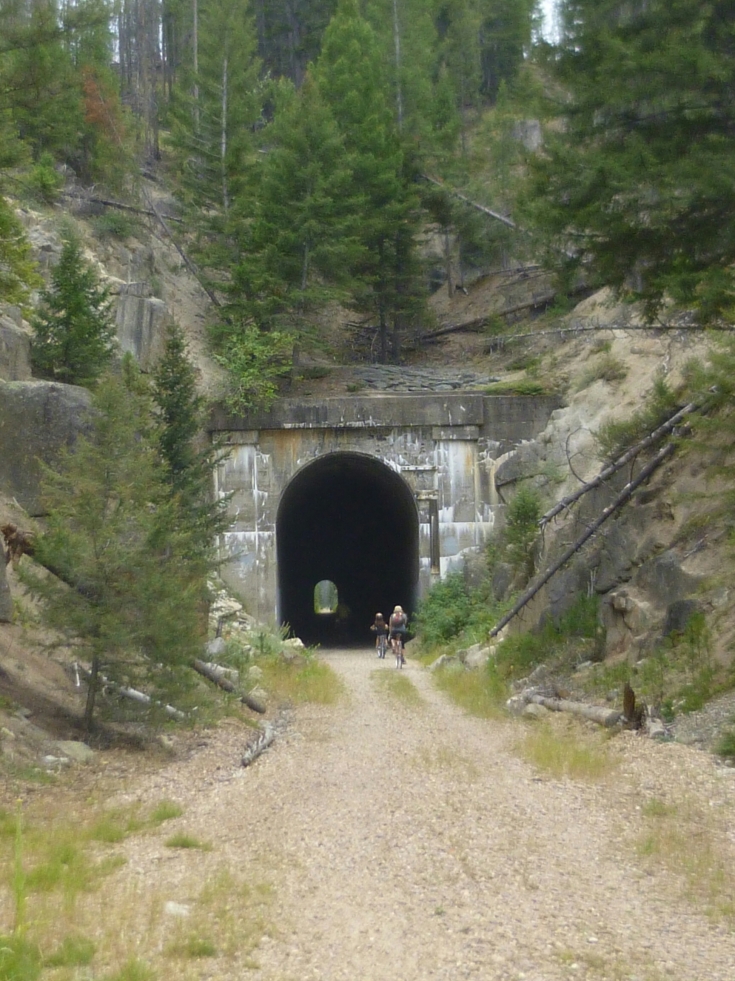 It was, however, a really fun ride and there was a hanging bridge at the end with a fab view. 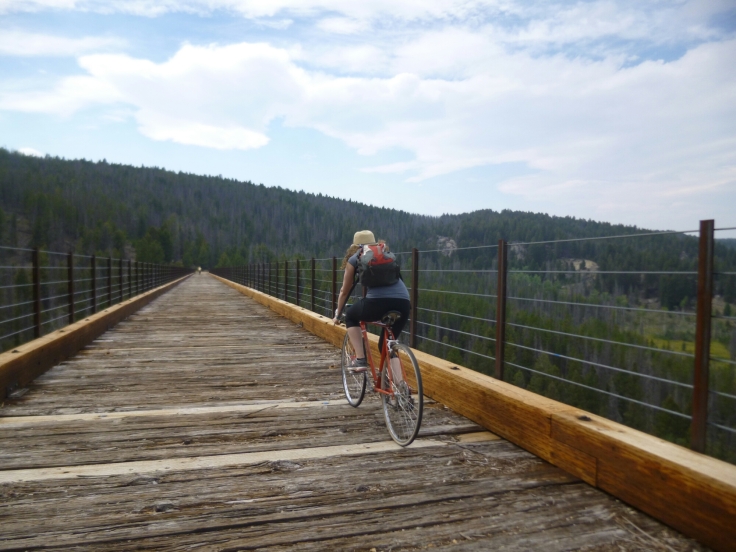 After this we went straight to a farewell dinner for a work mate, named Amy. I ate moose burgers, which were very tasty. The family had two donkeys and a fantastic greenhouse and garden. 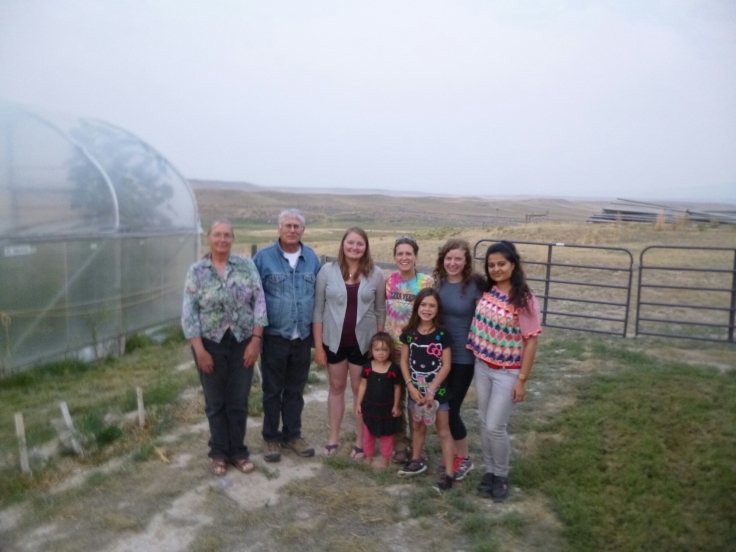 Then on Saturday I woke up at 7am to go for a mountain hike with another work colleague – Dorothy. It started off gentle enough through some woods, and then we reached a beautiful lake opening. The climb began from here. We got off the trail path and began following animal paths and making our own way around boulders, trees and streams where we found patches of tea berries and grouse berries which were tasty, red, glistening gems. 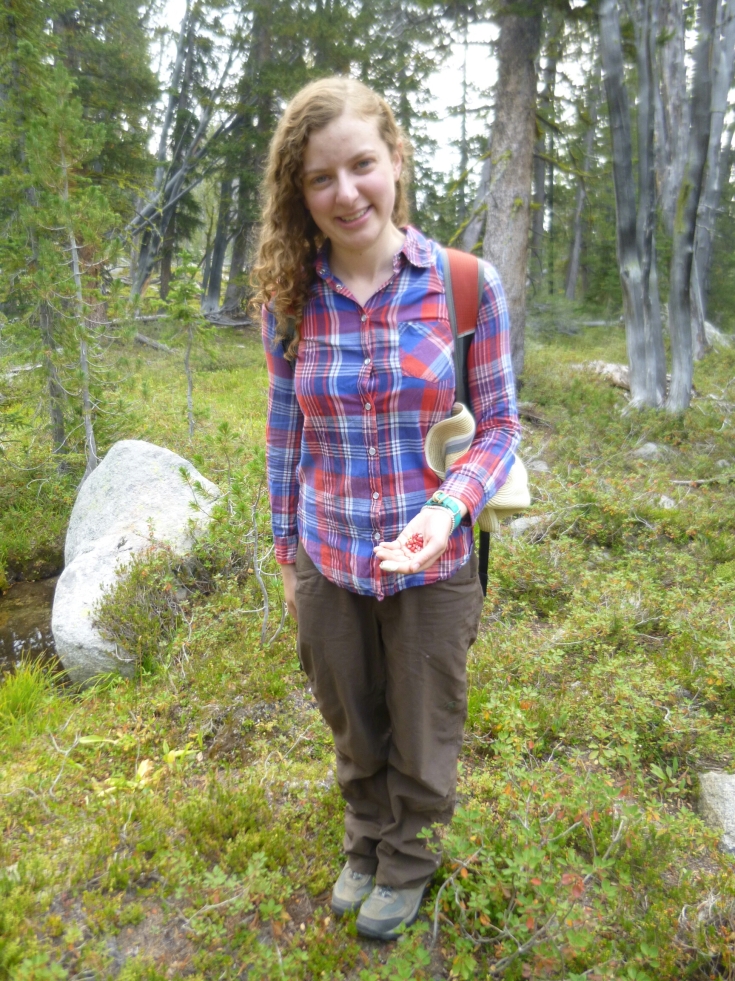 In total we achieved a 2400 feet elevation rise and made it to the top of the mountain. It was hard work with the altitude being so high and the smoke from the forest fires making it harder to breath. After clambering up steep vertical rocks we triumphantly made it to the top (I’m the little speck at the top!) What an achievement. 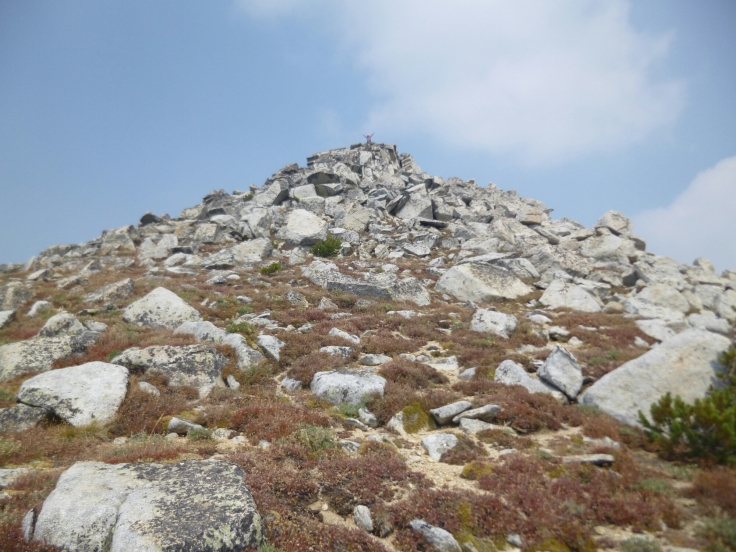 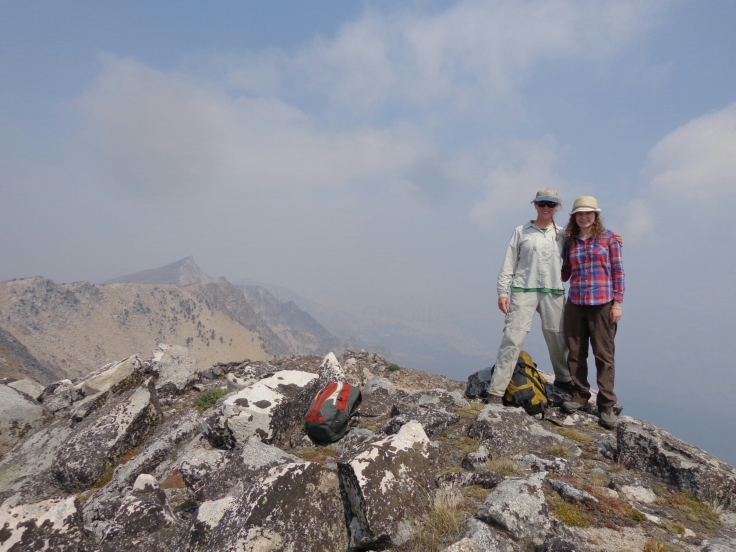 Then it daunted on me that we needed to somehow get down. Dorothy an experienced hiker and skier said it would be tricky but we could glide down the side of the mountain on this sandy rocky terrain or go down the boulders and rocks. Of course we chose the harder way, both up for a challenge. The slope was very steep and not many stones in the sand where stable. I stood on many that instantly tumbled down the mountain bringing an avalanche of sand and gravel with them. Eventually I got the hang of finding stable rocks to balance on inbetween skiing down the sand. At first I bum shuffled some way. Then as I got more confident I glided on my feet. When we reached the bottom I seemed to have collected lots of sand and gravel in my shoes. Here we reached another majestic lake. Following this we hiked down more steep contours and back to our start point. 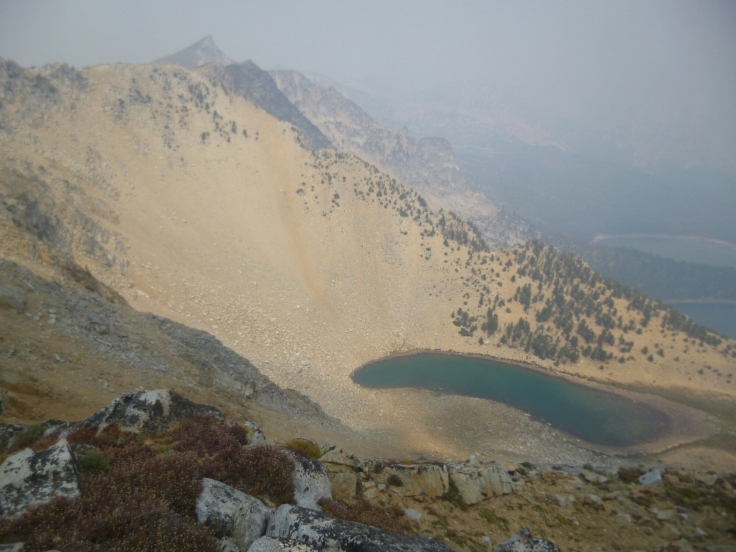 Amy then called to invite us to a ranch party that evening, so we went straight to that. This was my first time in a ranch and I loved it. The animals were incredible, friendly and beautiful. 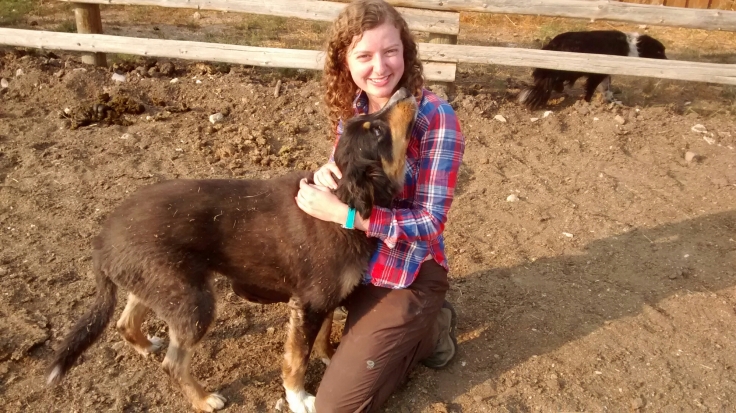 Sukhin and I then decided to go for a late night grocery shop as we were already in town. Turns out driving tired in the dark is hard. We got a little lost and had to call someone over for directions… The two foreign crazy girls! Nonetheless we made it to the grocery store and just about home in time to pass out in exhaustion!

Such a fun weekend, now we have today to rest, get ready for another week of camping and I’m going to cook everyone a big Sunday roast! And maybe fit in another bike ride!

2 thoughts on “The great outdoors”