I woke up before my 6am alarm raring to go. It was still dark outside but this didn’t deter me. I wolfed my porridge down and drove to my colleague’s house. The sun was beginning to rise and the sky was dark, with hints of orange seeping through. We then drove a further two hours to Bozeman – by the time we got there the sky was bright blue and the sun beaming. We had a quick stop in the town for some errands. I mooched around a beautiful bookshop and had a tasty green tea.

It was then time to embark upon our adventure. We located the mountain we were about to climb, covered in lush vegetation. The sun shone directly where we were and the sky was a clear blue with wispy white clouds. It was the perfect day for our 12.6 mile hike. We began walking through the woods with the path rising and falling.

We reached a meadow with a lake and decided to stop for our packed lunch. The surrounding mountains were covered in evergreen trees. The meadow was majestic.

After lunch there were more woods to hike through, all of which became steeper and steeper by the minute. Next we reached the tree line – where the environment is not suitable for trees to grow anymore. Here there was no shelter from the sun and the hiking got tougher. Sun cream was running into my eyes, my clothes were sticking to me and I was getting out of breath. I was so determined to reach the summit and the views were already so incredible, that we powered through. 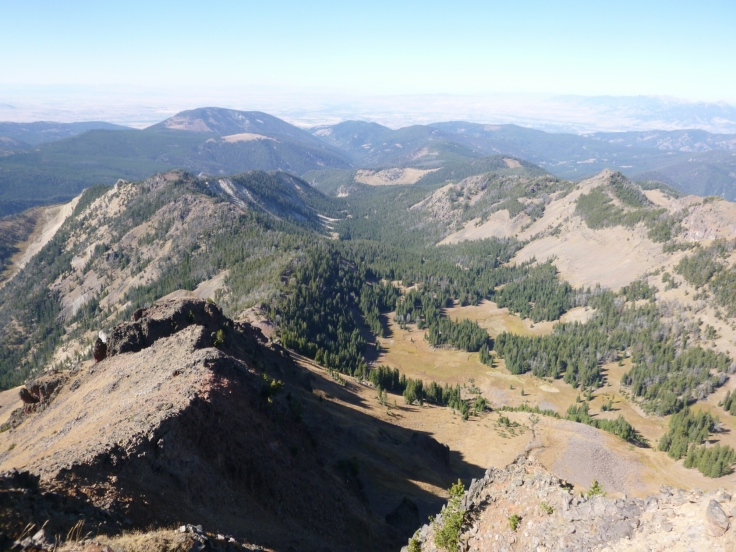 Some time later we reached the top of the mountain. The feeling of achievement was phenomenal and the views around us fantastic. All the hard work paid off as we looked around us and saw the beautiful country. The mountain ranges looked so dramatic in the sunlight. Some way off we could see a plume of smoke (coloured white, like a fluffy cumulus cloud) – this was a forest fire.

The walk down the mountain was so beautiful, as the sun was lowering in the sky it cast shadows on the surrounding mountains, giving a picturesque view. It was hard too look at the view and to look where I was going, so stumbled a few time. We chatted and took in our surroundings and then reached the beginning where we started.

After a long day hiking, it felt fitting to find a nice lake to leap into. We reached our lake a little later than we thought. So the temperature was a bit cooler (it cools down pretty fast in the evenings here). However, it was still light out and people were having barbecues around the lake and others were on boats fishing. No one else seemed to be swimming, I wondered, why? 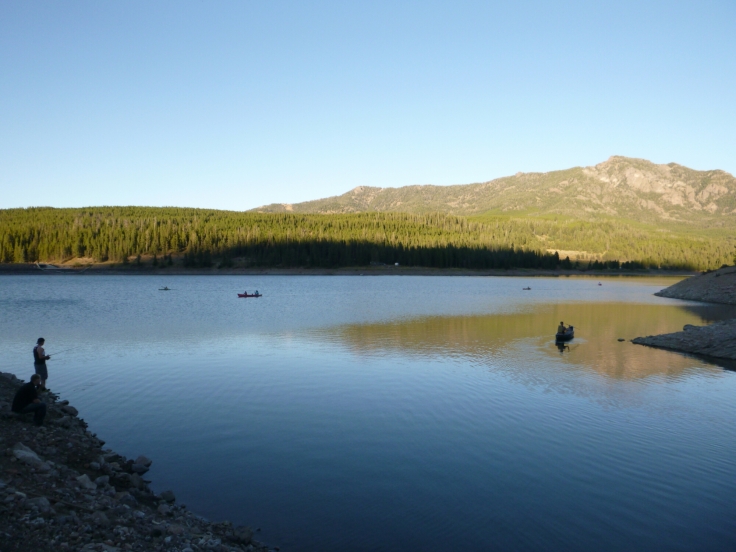 Nonetheless, I jumped into the lake, submerged myself and the cold hit me like a breath of fresh air. It was so refreshing to get rid of the sweat and suncream. The lake was freezing but I didn’t care, it felt amazing. I did have to get out shortly after as my toes and fingers began to go numb.

What a fun day.