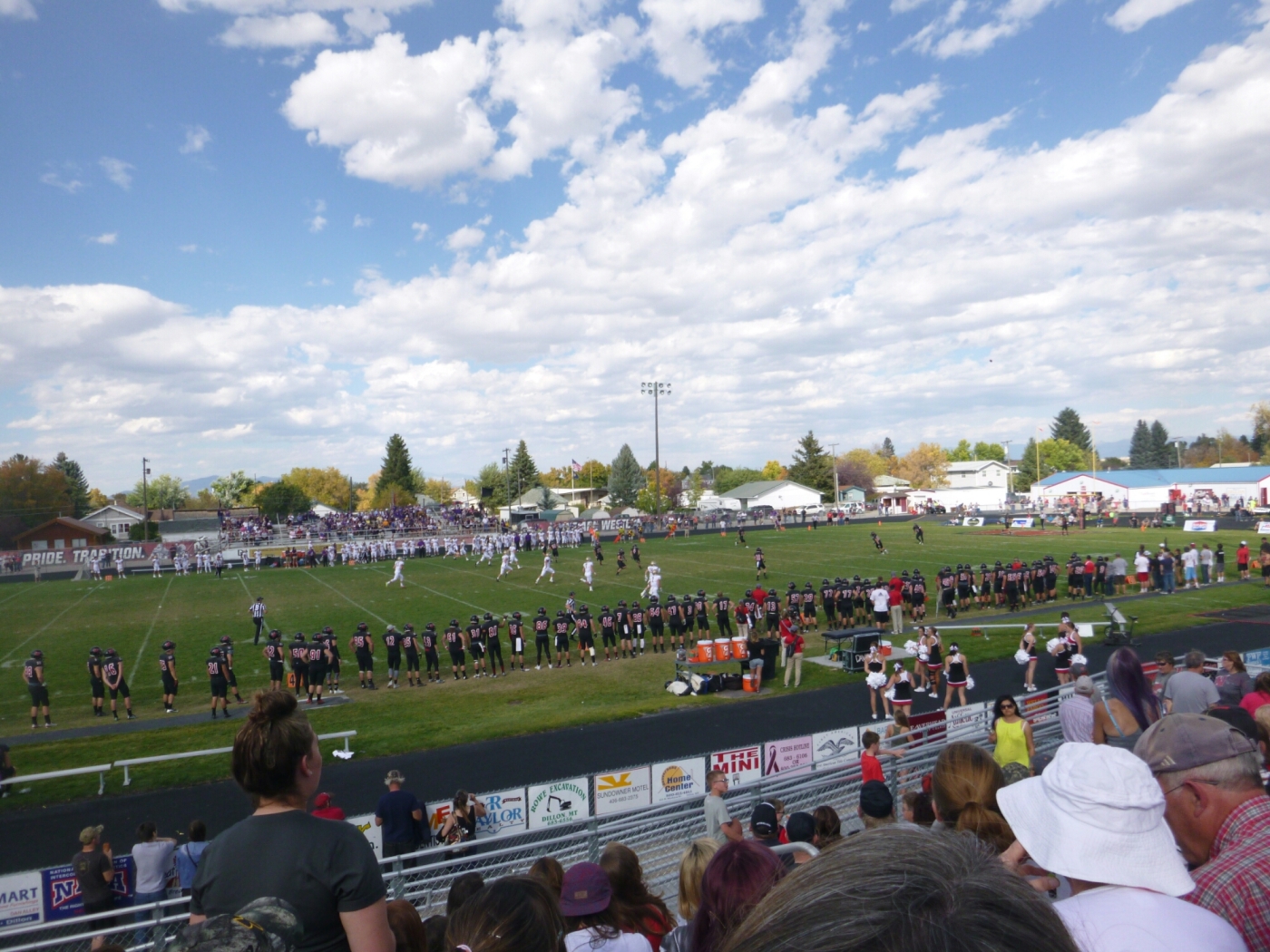 College football is a massive deal out here – the event itself is a sociable, lively and raucous spectacle. The atmosphere was amazing, people were cheering like there was no tomorrow. Others were stamping their feet on the bleachers and shaking bottles with coins in. People were very much into supporting their team. The cheerleaders were great too, jumping around with bounds of energy, chanting ‘go Western go.’ Whenever, something bad happened to our side there was booing and cursing the ref.

The rules were a bit confusing to start with but once explained it made more sense. The aim rather like in rugby is for the team to get the ball to the other side and touch down (this scores 6 points). Then the team can kick the ball through the post to gain an extra point. When getting the ball to the other side of the pitch it must be passed at least 10 yards with out 4 downs (tackles) for the team to progress up the field further. If the ball goes out of bounds this counts as a down. The game stops and starts a lot and is governed by orders given by the coach. What amazed me was the number of reserves. There are 11 players on each team. However, 60 players were rotated on and off. 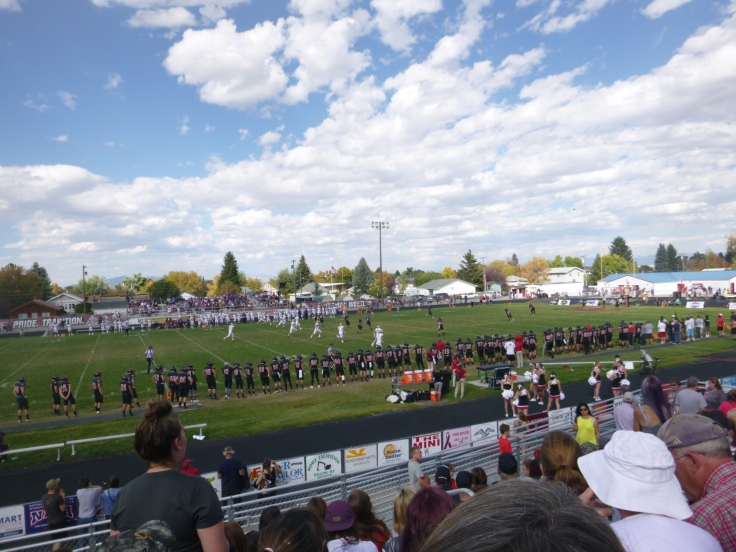 Towards the end of the match, a pivotal moment was reached were our side had to progress with the ball or else we would lose. The pressure mounted, even I felt tense – my  stomach had butterflies, the stadium cheered and cheered. Unfortunately our side did not make it, there was so much tension. People then started leaving before the match had officially finished. It was like they gave up because we lost. This seemed unfair to the players.

Watching the game was a great experience and people watching was also fascinating. It is such a different culture here. Sitting on the bleachers I felt as if I was returning to civilisation after all the farming. However, what civilisation was I returning too? One very different to what I’m used to that’s for sure.