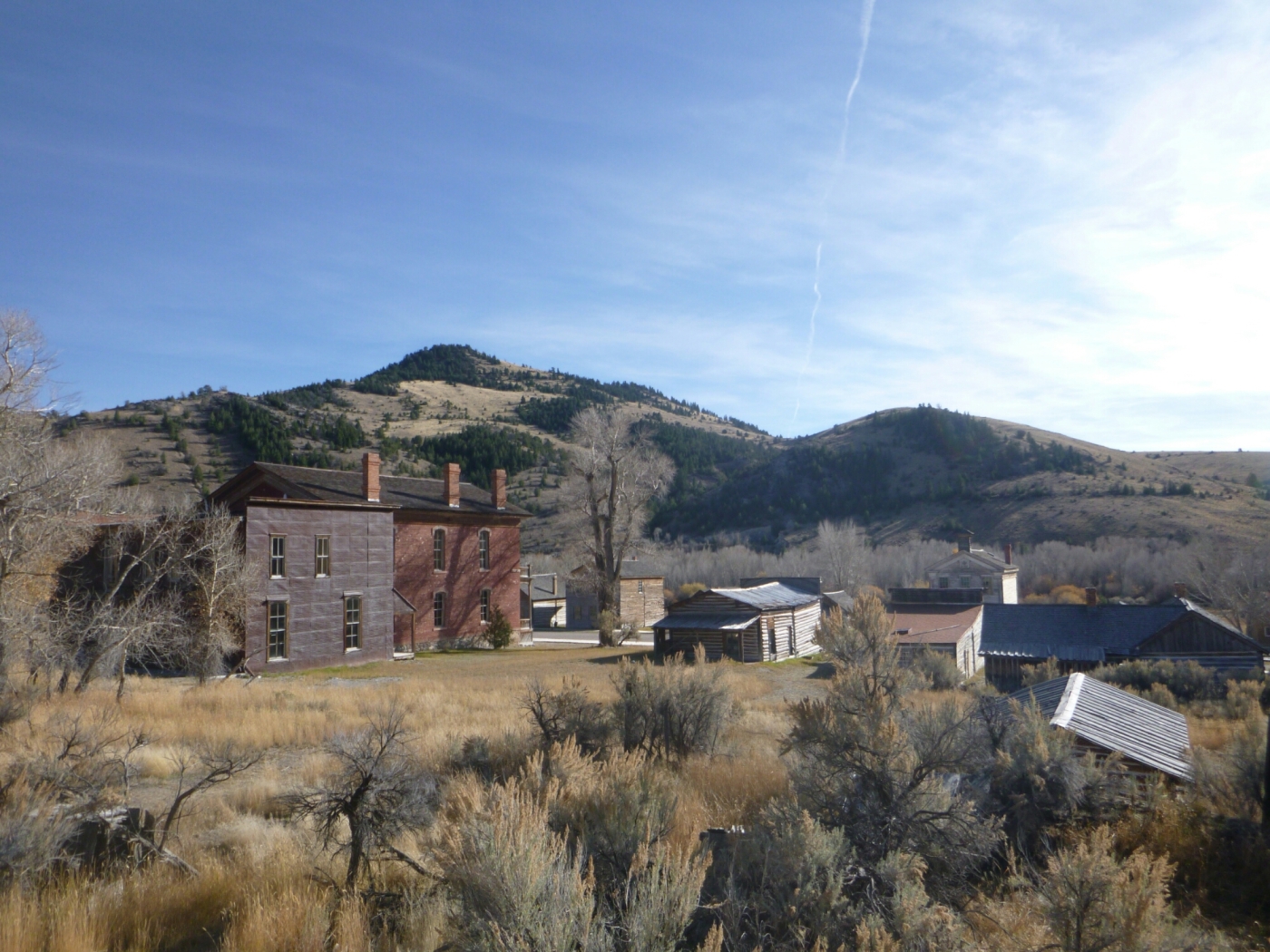 The sun was beginning to set on the thriving town of Bannack, casting shadows across the surrounding mountains. It was a pleasant Tuesday evening and Clair was in her own little world, propelling herself on the merry-go-round. Deep in her thoughts, she jumped when her mother yelled from their doorstep; ‘dinner is ready, if you are not here in one minute, there will be trouble’. Clair reluctantly, grabbed her school satchel and hurried into the house.

The family dinning room was decorated with mauve floral wallpaper and had a wooden table in the centre. It was a modest home but catered perfectly to the families needs. Just as Clair placed the dinner plates on the varnished table, her father appeared through the front door coated in dust. He had been working a 12 hour shift in the gold mines and you could tell. His hair was ruffled, his face covered in dirt and his clothes were torn. It had been a long day but he could not complain, the resource not only kept his family afloat but also the entire town of 3,000 inhabitants. As the three of them tucked into a hearty dinner the conversation went from a lighthearted analysis of Clair’s day at school to an anxious discussion regarding the perils of living where they did. Clair’s father Robert explained the progress on the Plummer case. Plummer was appointed sheriff in the town several years back in the hope of reducing theft – which was a common occurrence in Bannack. Criminals wearing masks would steal gold being transported out of the town. However, it was recently discovered that Plummer himself was involved in the thieving gangs. The verdict was announced that day, it was confirmed that Plummer was guilty and so would be hanged immediately. Clair’s mother broke down in tears, she was outraged. How could anyone feel safe when the sheriff himself was a criminal? Robert, stood up and placed a hand on his wife’s shoulder, he reassured her that all would be better now. Rachel was sick of being scared to go out alone and was tired of worrying about her daughter who would wander around the yard oblivious to the dangers in the area.

Later that evening, Robert went to witness the hanging. A crowd gathered around the wooden platform talking amongst themselves. The panic stricken man, Plummer walked out shacking and pleading to be saved. As the county men prepared the rope and led him to his fatal end Plummer cried out, ‘I can tell you where $10,000 worth of gold can be found.’ The vigilants dismissed this and Plummer was hung in the gallows. The irony of this was the fact that Plummer himself built the gallows to hang thieves previously.

Robert stopped off in the saloon on the walk home. He and other folks merrily enjoyed a beer in the celebration of what they thought to be the end of hard times. Little did they know that the gold stocks were soon to be on the decline and they would be forced to relocate, with Bannack becoming a place of history.

As I walked down the eery dirt Road in Bannack, viewing the old, dilapidated, abandoned, buildings I imagined how it must have been in its prime (1800’s). The story above is my guess from reading about the history and exploring the old houses. 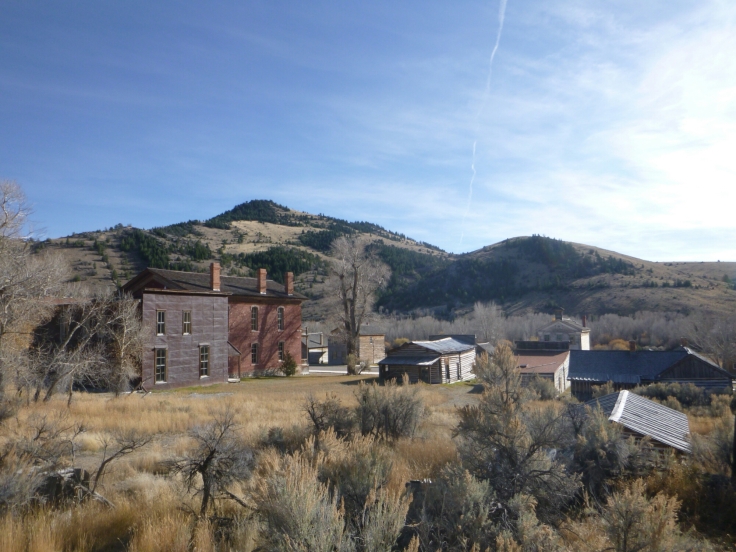 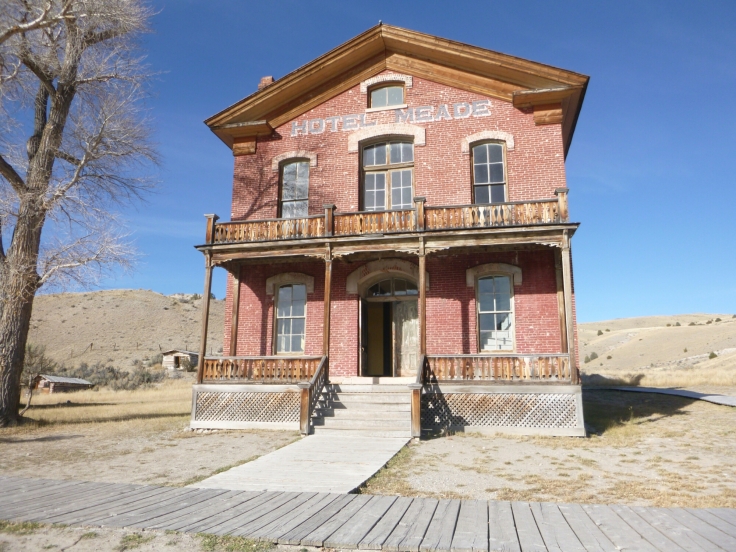 Sadly, in 1950 the production from the mines decreased and profits could not be made. Consequently, inhabitants left homes and went to seek hope elsewhere. They left behind nothing but the shell in which they lived. Their old homes, shops, hotels and school are still left standing. As you walk into the empty structures, you are hit with a coldness, the temperature inside is cooler than outside (rather mysterious) and a spooky essence is present. As I walked across the wooden floor boards they creaked and the stairs seemed unsafe. 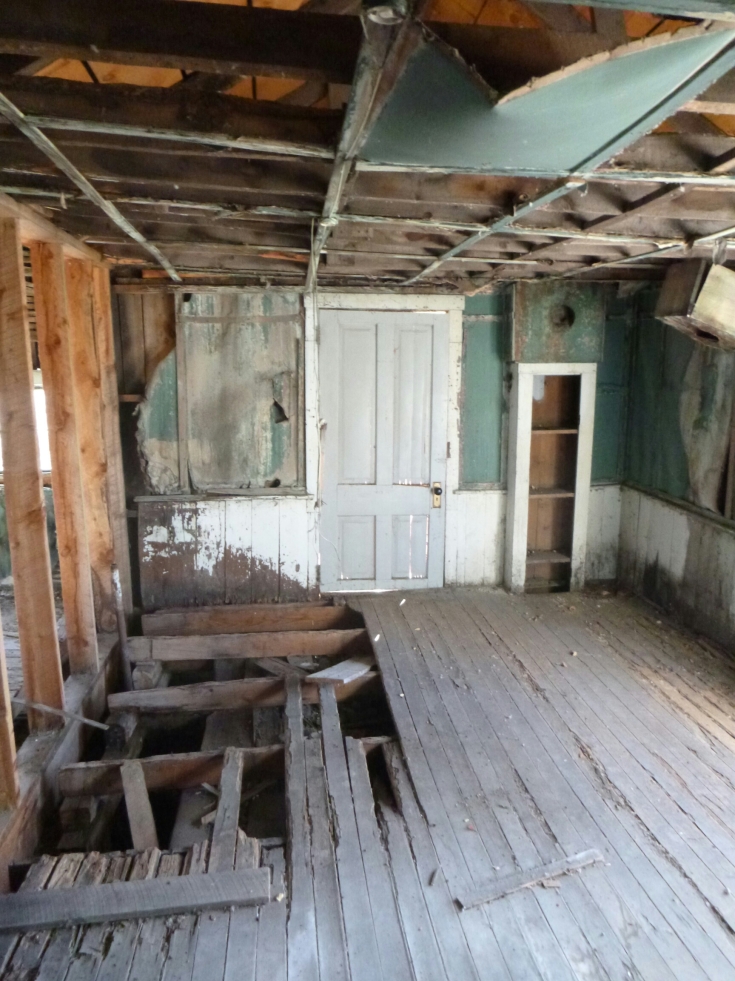 Recently, people have claimed to have seen ghosts and hear strange noises. One of the old houses was used to quarantine people with diseases such as small pox, here people have heard babies and children crying in the empty rooms. 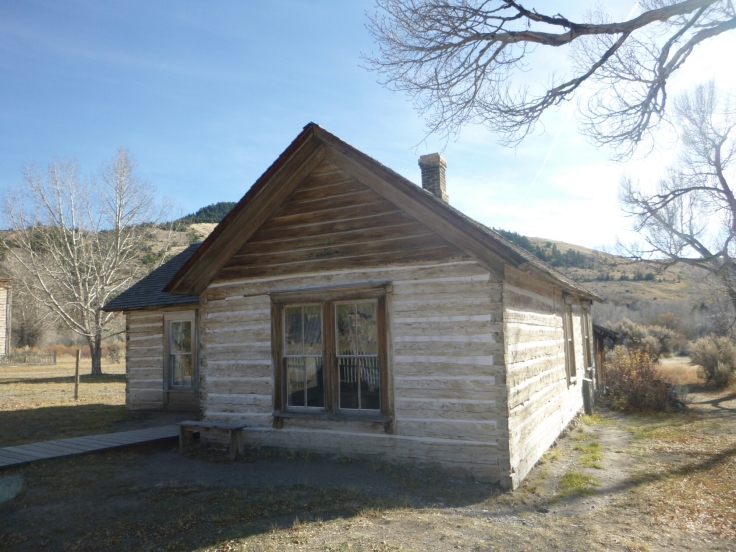 ‘The roads and boardwalks are deserted. The doors sway in the wind. There are no children laughing and adults gossiping. The gold rush is long over. It is but a memory left in old dust journals. With nightfall the spirits return to tell their tales.’ Sue Kaiser 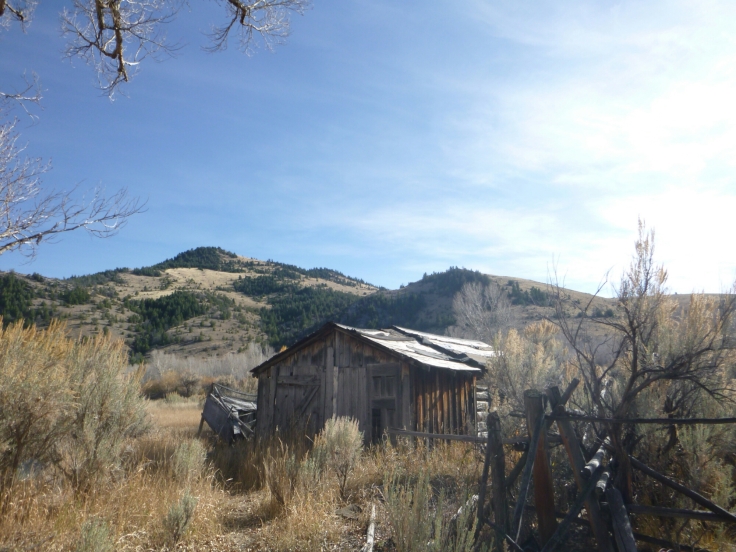