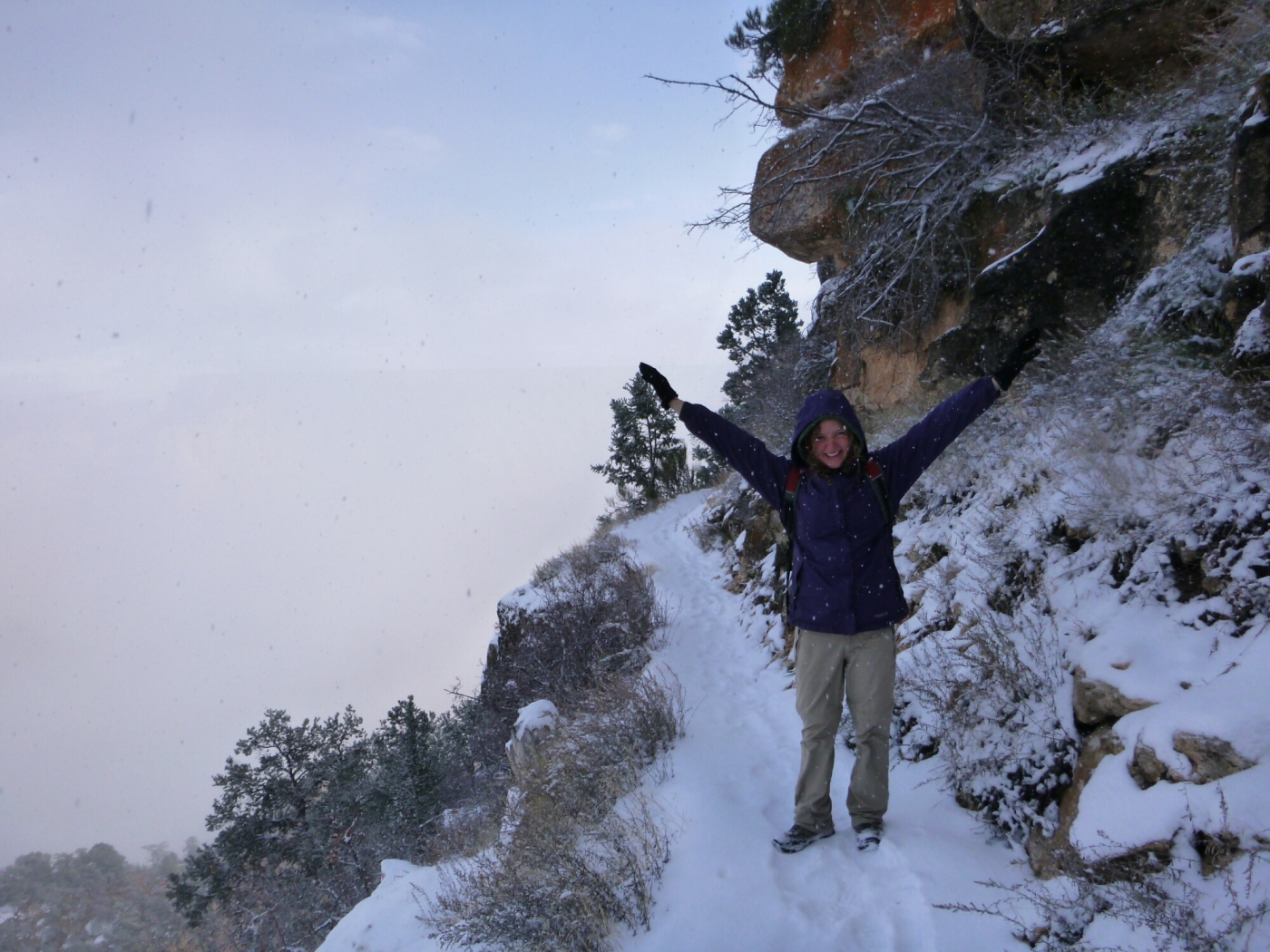 As I pulled back the hostel curtains a covering of white, glistening, fresh snow covered the garden patio. It was minus four degree outside. While munching on my oatmeal breakfast, I met some new friends and after asking around I found a group going to the Grand Canyon. We were a fun international group: two from Germany, one from Australia and one American.

The drive there was cloudy, grey and snowy. Trees at the side of the road held clumps of frosty snow. The wind was gusting, snow falling and the road covered in ice. We arrived at the national park and went to the grand view point. We could not see a thing, the cloudy fog covered the sky and canyon. Just standing out of the car for a brief few minutes was freezing.  We couldn’t feel our fingers or toes. However, this did not stop us, we did not drive almost two hours to turn around now. The five of us made the choice to venture down the ice trail to get our much wanted view points. 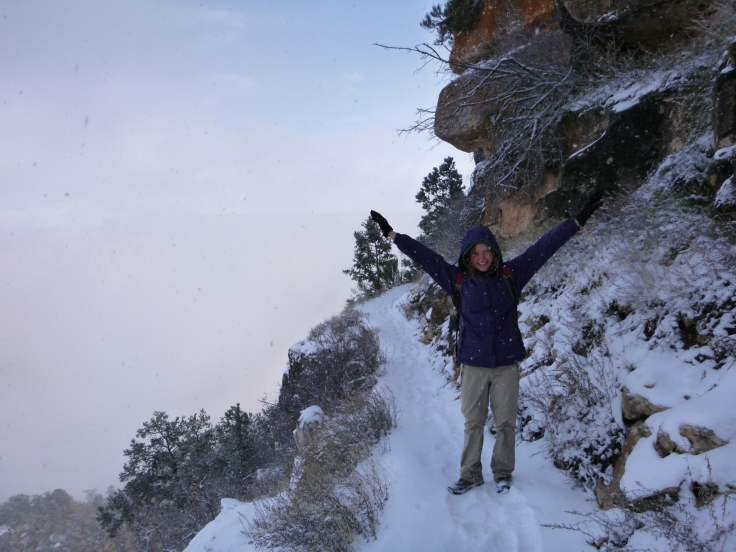 Slowly and careful we hiked down the vertical, snow covered, rocky path. As we started moving we warmed up slightly and the views cleared up. Our footprints were the first in the snow, no one else was mad enough to hike down. The further down we ventured the more we could see. I cannot describe the degree of beauty the Grand Canyon offers. In the far distance, a blue meandering river wound around red layered, dramatic, stunning rock formations. We stopped for lunch on the edge of a rock platform that jutted out. The drop over the cliff edge was huge. 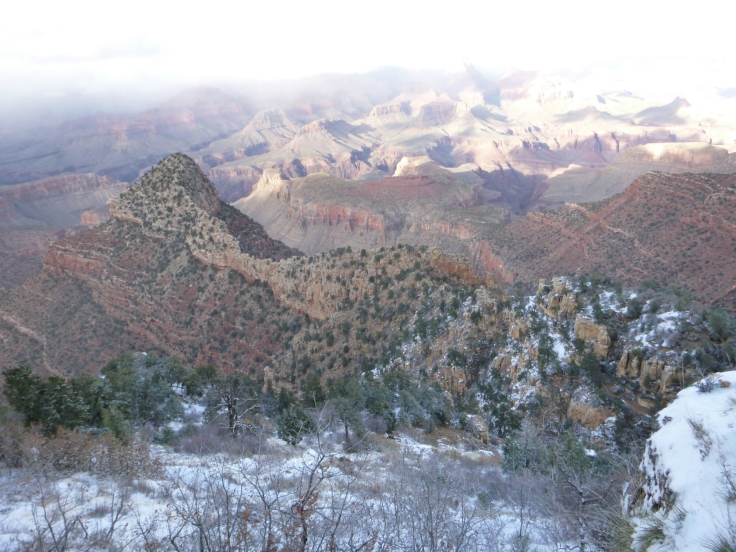 Along our trail we saw fresh mountain lion claw prints in the snow. Moments later we saw fresh animal scat. The lion must have been very close by.

Later on we veered off the trail and  clambered up steep rocks to get further more spectacular views. 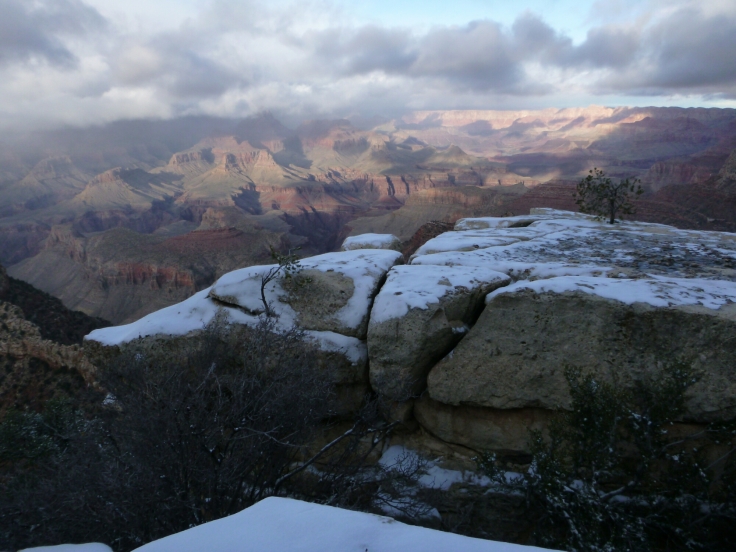 While at first the snow, wind and temperatures were harsh, soon enough we warmed up and made it to some incredible spots. 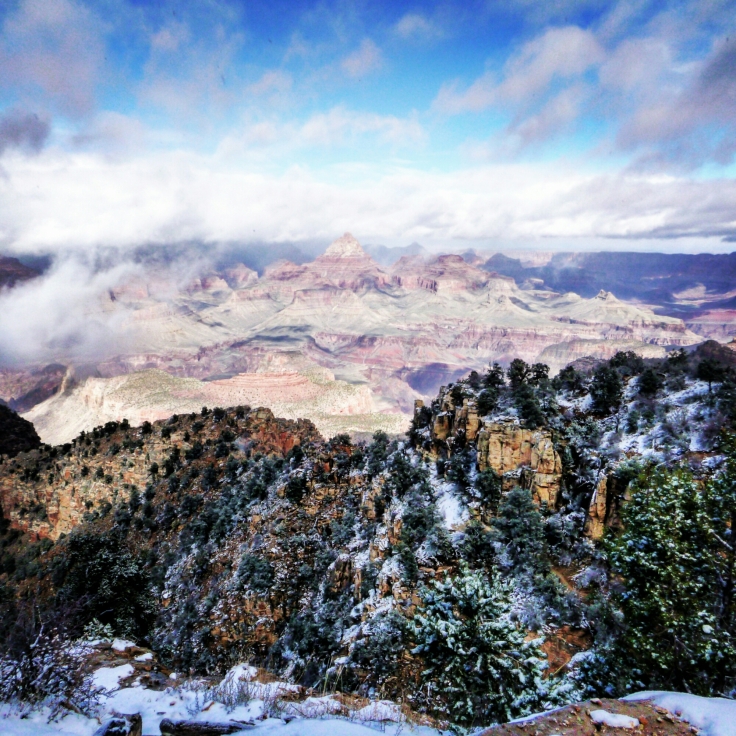 The walk back up the canyon was fun too. High altitude makes hiking a little harder but on our short breaks we were treated with the stunning views, so we couldn’t complain. 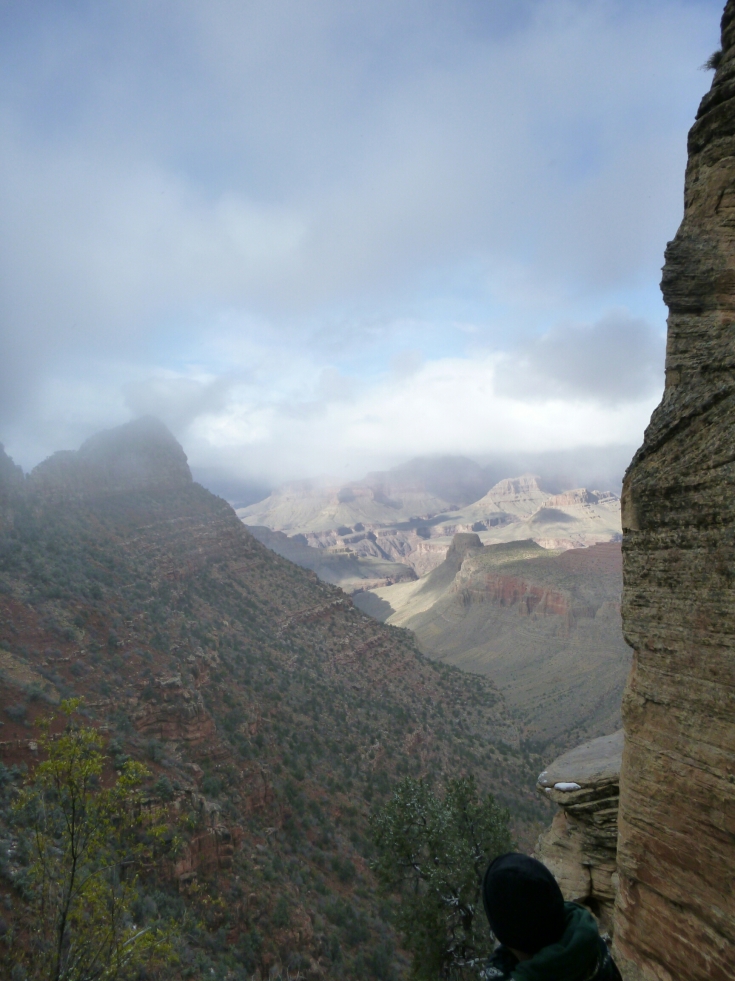 The car was super warm and it was so good to sit down. We stopped off at several other view points on the way out, to take some quick pictures.

Driving home was snowy and icey, the nearer we got to Flagstaff the worse the conditions got. A couple of times the car slid and skidded – it was unnerving.

After a long day we arrived back at the hostel and cooked up a vegetable creamy pasta dish to share.

I am so happy I got the chance to go back to the Grand Canyon, it is such a phenomenal place. Hiking in the snow up and down the steep Valley sides was a great adventure and gazing into the beautiful canyon was incredible. 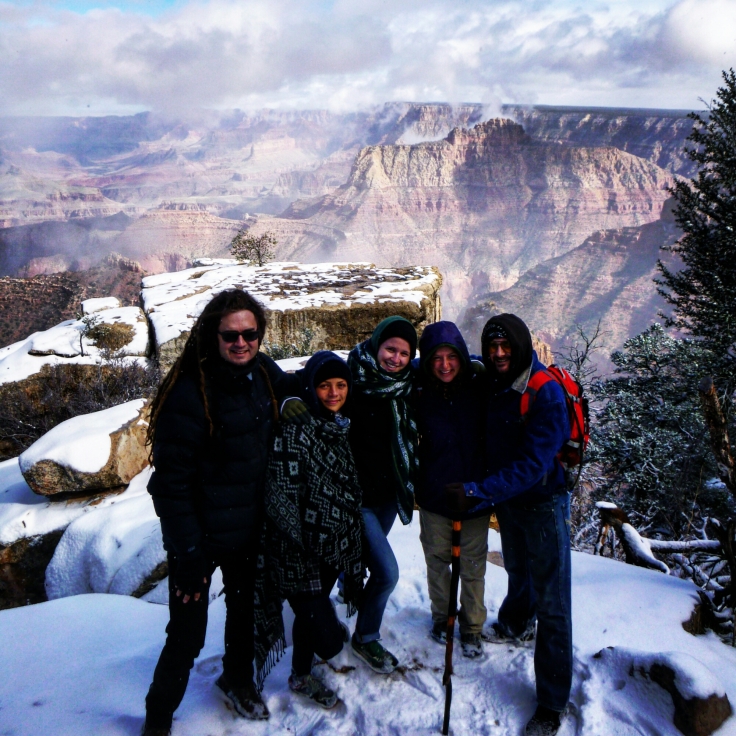