I signed up for a day tour, which picked my friend and myself up from our hostel nice and early. We joined a tour bus with people from Mexico, Colombia, France and Korea.

Firstly,  the bus stopped off at some Aztec ruins. Next to these was a church built by San Francisco citizens when they conquered Mexico. They used the stones from the ruins in doing so. The area also hosted a memorial sculpture for students killed for protesting against the Olympics a couple of decades back. It was horrible to see that in Mexico freedom of speech was non existent and resulted in mass shootings.

Next we stopped at two churches, one was very old, beautiful and ornate.

The other was very modern, large and circular. It had the capacity to seat 4,000 people. Inside was a picture of the hispanic Virgin Mary. The picture was not a photograph, nor painting, the materials used were unidentifiable by all those who analysed it, including NASA. It posed a huge mystery. In order to see it there was a conveyor belt tourists could stand on. It was most strange to have this in the basement below the ongoing of a church service upstairs.

While there a priest blessed our group. He recited some things in Spanish. Then proceeded to sprinkle water over us all. When u say sprinkle I really mean, he chucked a fair bit of water over us. I felt holy and also very refreshed as it was a hot day. I wonder what it was he actually said.

The drive out to the next stop was interesting. We saw the suburbs of Mexico city. Houses were tightly packed next to one another and the colours ranged from bright reds to dull browns. Most houses looked slightly run down and all seemed as if the building work was unfinished. Metal poles struck out from the top, where bricks needed to be added. I saw this in Peru too and was informed that taxes did not have to be paid to for houses that were not complete. Consequently, houses remained a working progress to avoid paying the government. I am guessing the same law applies in Mexico. The vast number of houses struck me.  Mexico city is home to 18 million people, one of the fourth largest cities in the world following Beijing, Delhi and New York. The appearance of the suburbs really highlighted this textbook statistic to me. 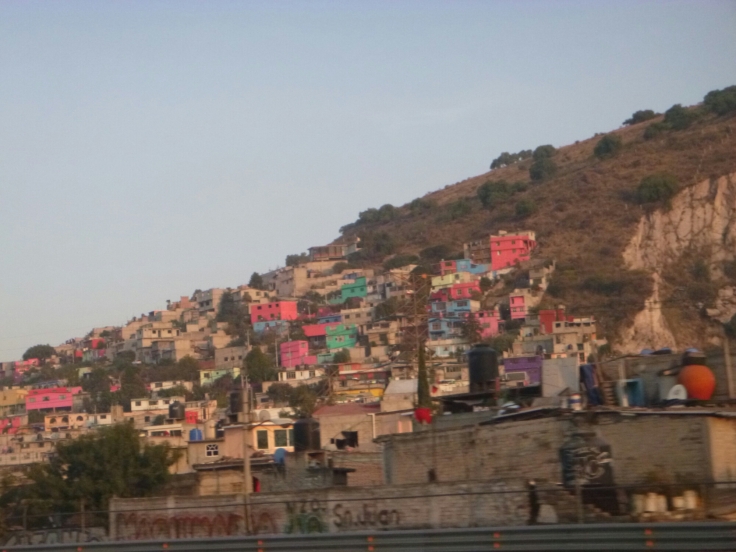 The city scape and surrounding mountains are sometimes hard to see through the smogy pollution which engulfs the city. However, I managed to see some spectacular views of the suburbs.

Tequila, tequila, tequila. We got a speil about how tequila is produced. It is obtained from the algarve cactus. The cactus also functions as a needle and thread, paper to write on and off course a producer of pulque alcohol. We got to taste various different types of homemade tequila and pulques. They were very smooth and some rather sweet (I very much enjoyed the free samples).

We had a buffet lunch including all kinds of Mexican food and desserts. And yet more tequila free samples. While eating we were entertained with traditional music and dancing. 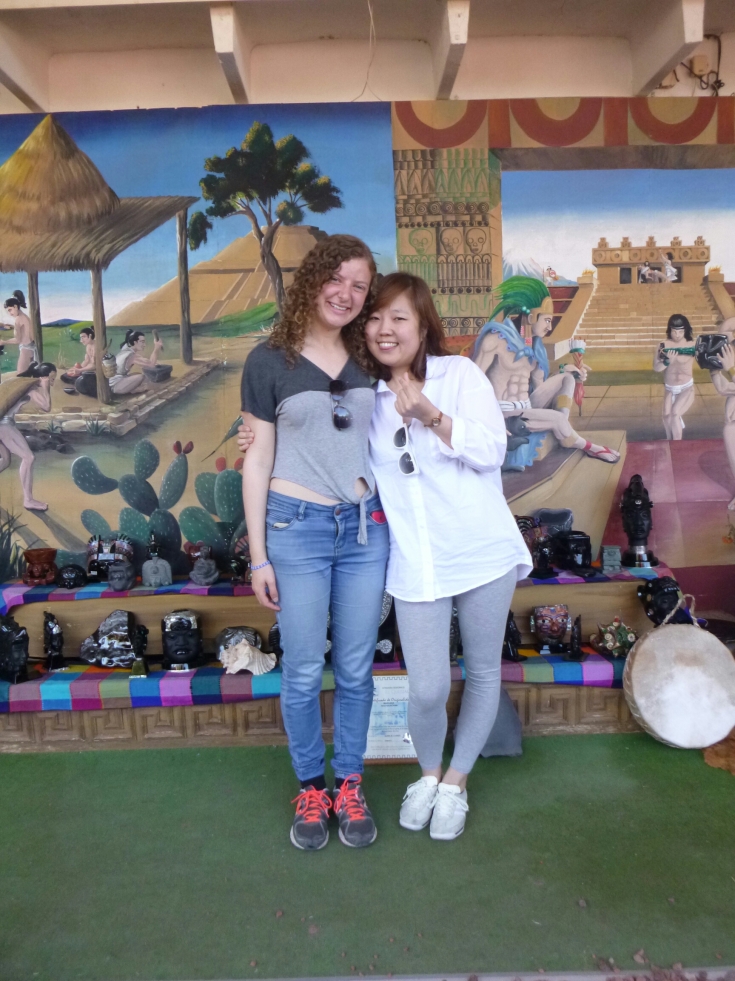 The final and most pivotal stop was at the Mayan pyramids. These were spectacular, many pyramids had been built and were built on top of each other to make them even more grand. Some reached seven stories high. The population used to be. We climbed the moon pyramid followed by the sun pyramid. The views at the top were incredible.  Tiatican pyramids were fantastic.