Marking 60 years since the Dalia Lama entered India the ‘Thank You India 2018’ special event was celebrated in Dharamsala.

When his holiness was just 15 he was forced out of his home country – Tibet, in order to survive. From the age of five he was deemed to be the Dalia Larma and was trained and taught from this age. After China invaded Tibet they tried to kill the Dalai Lama and put an end to Buddhism – claiming all religions to be poison.

The Dalia Larma traveled thousands of miles for months on end to seek refuge. On entering Dharamsala in India, temples were built and his training continued.

Exactly 60 years on I was lucky enough to attend his ceremony of thanks to the Indian nation.

It kicked off with the Thank you India song and a short documentary. It was moving; showing maps, old pictures of Tibet and voyage photographs. Following this various speakers addressed us. These included both Indian and Tibetan representatives.

An Indian speaker claimed that all humans are brothers and sisters and so there is no need to give thanks. He hoped that one day Tibetans could recliam their home land.

Most of the speaches were in Tibetan. I was lucky enough to make friends with a couple of girls who made some translations for me.

Finally we heard from the man himself – the Dalia Lama. Unfortunately, again it was not in English so I couldn’t understand.

Regardless, the energy in the temple was overwhelming. An old lady monk infront of me sobbed and others put their hands together in prayer as they listened intently.

I was very honoured to see the Dalai Lama, even if it was from a distance.

My new friend’s grandparents had fled to India. She had a strong tie with her Tibetan heritage. When I asked her if she was Indian or Tibetan, she said Tibetan. All her documents were Tibetan.

My friend told me about the Pacha Lama, who was a young five year old boy that was kidnapped. The child was deemed to be the next person to chose the new Dalia Lama when the time came. However, he was harshly taken by the Chinese government. He is the youngest political prisoner in the world.

No phones were allowed in the event and so unfortunately I don’t have any pictures.

There was a free lunch being handed out but with so many people I decided to go elsewhere for some food. Plus my legs were numb from sitting on the floor for four hours.

Tucking into a late breakfast / lunch I got talking to a young Tibetan gentleman. He had fled from Tibet 10 years ago when he was just 15. Walking for 40 days he crossed the Himalayan mountains before finally reaching India where he went to school for a couple of years. In his group of escapees there were just 11 young boys. All left their families behind for a better life. He explained how Tibet now has a population of over 70 percent Chinese people. Tibetans are not allowed to dress in their local style or speak their language. Otherwise they may be arrested and will certainly be shunned. Tibetans are mainly rural nomads that live off the land. Most do not have a schooling system in place.

Even Google and social platforms are sensored so citizens do not know what is out there beyond Tibet. It is a very insular life.

My new friend explained how he spoke to his family on WeChat the equivalent of WhatsApp (which is banned in Tibet and China). In the Tibetan culture families are very tight knit. At the tendor age of 15 teenagers still rely on their parents but in many cases are forced not to.

I can’t help but feel so lucky if not a little guilty, to live in a place that is safe. 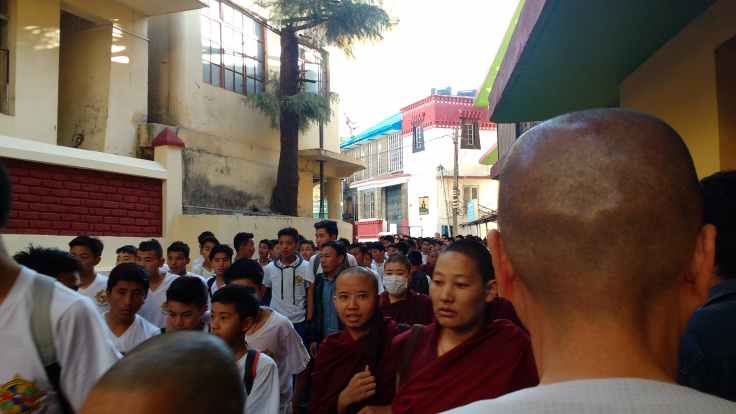