Dharamsala is a quaint town in the foothills of the Himalayan mountains. It is home to many Tibetan refugees who have fled from their country. It is also where his Holiness the Dalai Lama lives.

Getting there the bus stops first at southern Dharamsala which is not the exact location of the tourist attractions. My bus stopped at Mcleodganj next which is nearer to the temple, so I hopped off (it was around 6 hours from Chandigarh to McLeodganj).

In Mcleodganj I wandered around deciding where to stay. I passed a few places that looked nice but wanted to keep my options open. Needing a little fuel I stopped for breakfast at Bodgo cafe – it has a stunning roof top view. Tucking into a fruit porridge I admired the snow capped peaks in the far distance. Green forested mountains were apparent in the foreground. It was very peaceful.

I walked to the Kalachakra temple up and down some steep, windy slopes. The dramatic mountains coated with evergreen trees are picturesque.

The temple is decorated with orange, white and green cloths wrapped around the pillars (the colours of the Indian flag).

You can watch monks meditate and chant in the main temple. 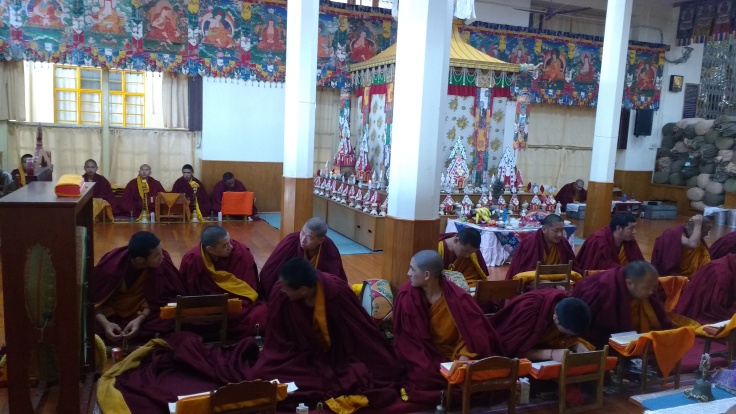 There are spinning mandelas which you rotate clockwise for good luck. Spinning them has the same effect as reciting mantras – they bring peace and stillness to the mind. Looking over the balcony, the surroundings are spectacular. 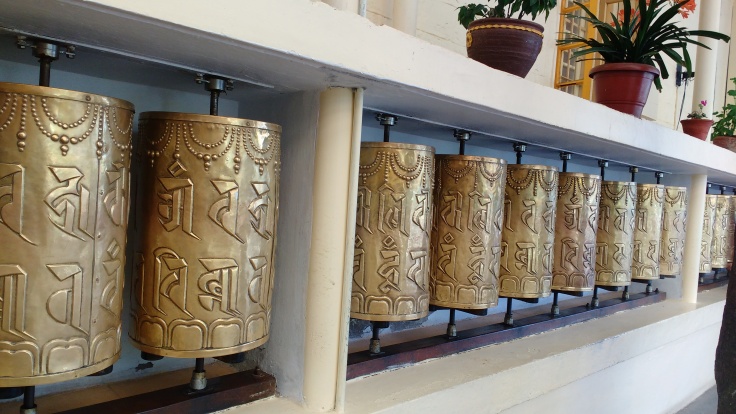 Next to the temple is a fascinating museum about Tibetan history. Exploring the artefacts and pictures I shed a tear. What the Tibetans went through is unimaginable.

In 1959 the new found communist government in China invaded Tibet. They wanted to put an end to Buddhism and the Tibetan culture. Their propagandas claimed the Chinese influence to generate a happy Tibetan country. This was far from the truth. From day one they made successful attempts to wipe out the Tibetan culture. The Chinese tortured thousands and destroyed more than 97 percent of monisteries and nuneries.

The museum displayed pictures from Tibetan life and showed some horrific torture scenes.

There was also a picture of the journey thousands have made from Tibet over the Himalayas to India. This journey is not only illegal but also treacherous. It takes over 40 days. Tibetans don’t have Indian passports and so this is the only way they can enter. For many this was he only way out of a perilous life.

After visiting the museum I walked to Dharamkot another village in the foothills. Here I met two friendly monks who had escaped from Tibet they told me in broken English about their three month escape from Tibet to India. They were so smiley and happy.

It really puts things in perspective. These kind men held no hatred on their relaxed faces. This is one of the Dalia Lama’s teachings – to have no anger or frustration towards those that may have wronged you.

I walked back to the hotel with a heavy heart. I couldn’t begin to imagine being forced out of my home as a child and trekking for months across the wilderness into the unknown.