As I free-wheeled down the scenic main roads a breeze swept through my hair. Either side of me green, luscious fields went on for miles. While there was a fair amount of uphill, the descent seemed to go on forever. This made me slightly apprehensive. How would I make it back on my return?

After a couple of hours I made it to the quaint town – Swanage. There was even an old train station there. I was in luck, I could take the train back to Bournemouth and avoid pushing my bike up the hilly country main road.

However, on wheeling my bike onto the platform, it soon became apparent that the old steam trains were just a tourist attraction that shuttled people to the nearby castle. Looked like I was to ride back to Bournemouth after all.

I jumped back on the bike, my legs feeling sightly weaker than they did at the beginning of the day and made my way back. I spied a bridle path out the corner of my eye which lead up an extremely steep path. ‘Why not?’ my adventurous brain practically yelled.

‘Because the hill is a beast’ my practical mind argued mid-way up. Pushing my bike the last leg I mounted the top and was disappointing not to see a beautiful sea view. Determined that my efforts should not be wasted I walked a little further along the ridge to find a monument and a group of bikers enjoying a snack break. This looked promising.

I looked at the two paths in-front of me. Neither looked easy. Unsure where to go, I dropped my bike and peered across the valley. The sea glistened in the sunlight on the horizon. I tried to gain my bearings. No easy feat.

Turning back to my bike I wanted to make headway. I asked a couple of guys for some advice.

‘Well you have made it up the hill, so I would keep going. You can get back to the port this way too and you will get some views at the same time,’ one consulted.

‘We are headed that way,’ the other chipped in.

I mounted the bike and followed them up another hill. On reaching the top they opened a wooden gate and saw I was right behind.

‘I didn’t think you would make it up as fast as us,’ one said.

Taking the comment in my stride I over-took them and enjoyed the scenery. They were right. The views was spectacular.

Green fields rolled on to my left and the dark sea appeared to my right. White dramatic cliffs jutted out in from of me.

The bridle path was definitely the right decision.

Before long, I reached old Harry rocks – chalk cliffs. I sat down to enjoyed the view. The sheer drop was spectacular. Looking at the turquoise sea below it was so transparent, I could see the rocks beneath. Waves gently lulled in against the cliff face. It takes centuries for the chalk to slowly erode. First, the waves cause cracks in the cliffs, then small caves are formed, followed by arches and finally the adjoining rock crumbles and stumps jut out in the sea. Eventually these too fall and the coastline forever changes. 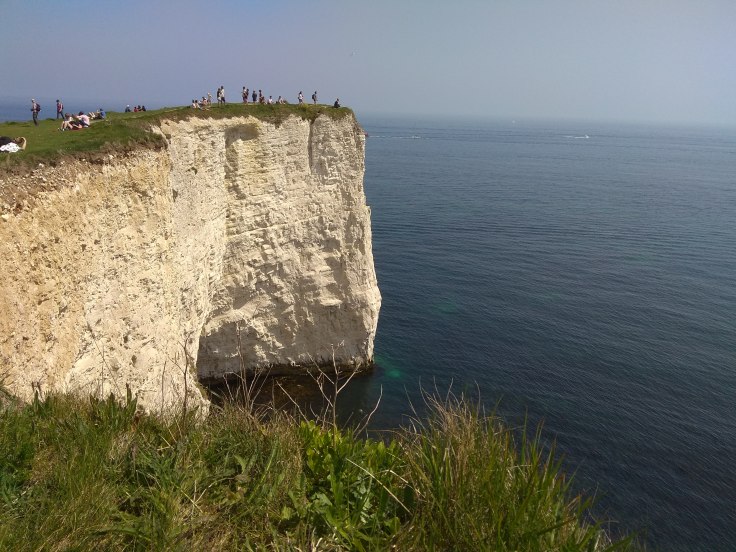 I tucked into a yoghurt before continuing my journey. Cycling along the well trodden path a little while longer, I made it back to the main road. The uphill was not as bad as I had anticipated. It turned out that there was a fair amount on downhill back too.

I made it to the port where I had taken a ferry to at the beginning of the day. I boarded once more and returned to Poole. 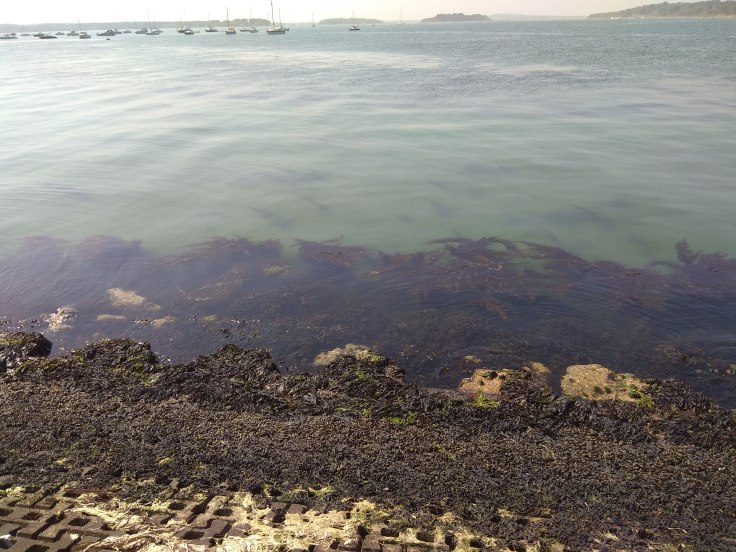 From Poole I rode along the seafront back to Bournemouth. This was somewhat like a game. There were people everywhere. I weaved through the swamp of people, buggies and dogs, as best I could. I only had to get off the bike once – which I was impressed with.

I had the bike untill the next day and I decided to go for a morning spin too. This was calm. Turns out at 7am you only have have to deal with a sparse number of runners and bikers that smile at you as you ride on. There were no slow families clogging up the path. Instead I was given the chance to admire the fabulous seafront. I even got to stop and stretch on the empty beach. It was luxurious. 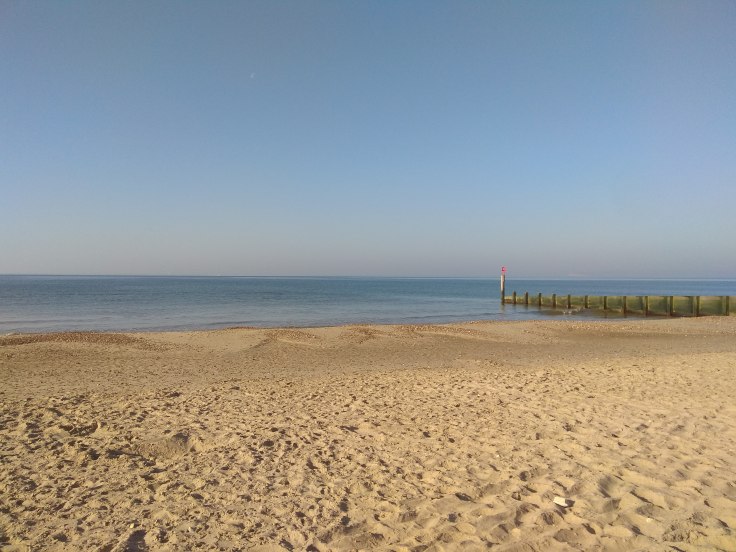 When I returned the bike, I excitedly told the staff that I had been to swanage the day before and returned in one piece.

‘How was it on that bike?’ the guide asked looking apprehensively.

‘Well done, normally we recommend taking the better bikes for that ride. I suppose there were none left yesterday,’ he stated.

The day was spent hula hooping and relaxing.

Before going for a sunset walk in the evening.

Bournemouth is a few hours away from London and well worth the visit.

What other UK beaches would you recommend?