Two and a half hours later, with sore arms, we passed the finish line.

That morning we had travelled from Tyreso back to Stockholm by bus. We then went straight to Stockholm adventures to pick up two kayaks we had booked online.

The guy there was very relaxed, casually showing us a route we could take.

‘Most people circle this island here’ he told us.

My brother had admitted being apprehensive due to my complete lack of direction, and there being rather large boats around.

‘It will be fine,’ I said grabbing the map.

To begin we went slightly off path into where the boats were docked. No big deal – it was totally fine and was practice for turning around and steering ourselves.

This was the only slight hiccup the rest of the time we didn’t get lost at all.

However, we did underestimated the distance we had to go. With 30 mins left to return the kayaks it looked like we were only half way round. The island was rather large!

We journeyed along quiet parks where the water way was lined with lush, green trees. 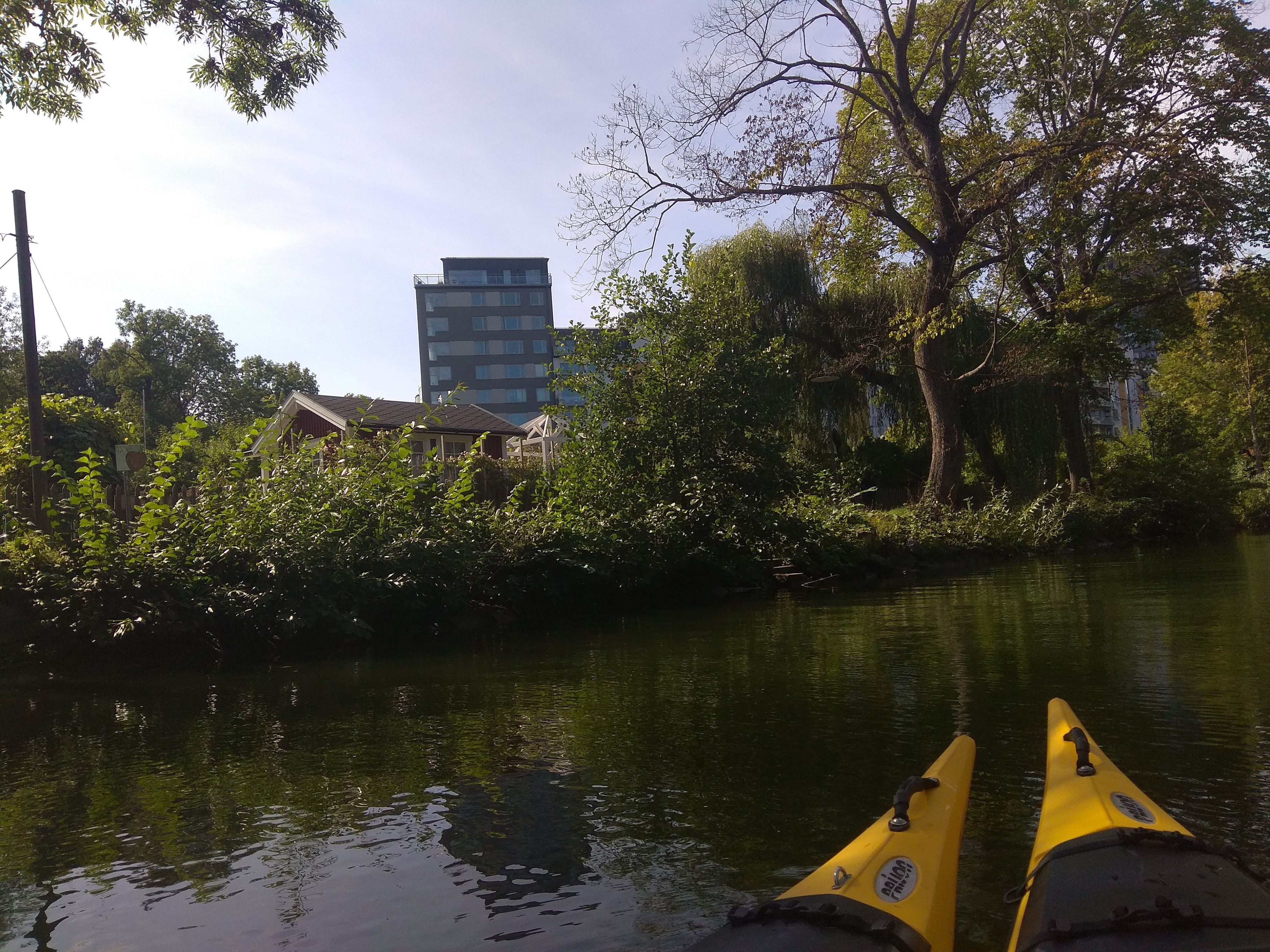 At other points we were on large open stretches of water dodging speed boats, that created waves for us.

We also passed the town hall in the old town. 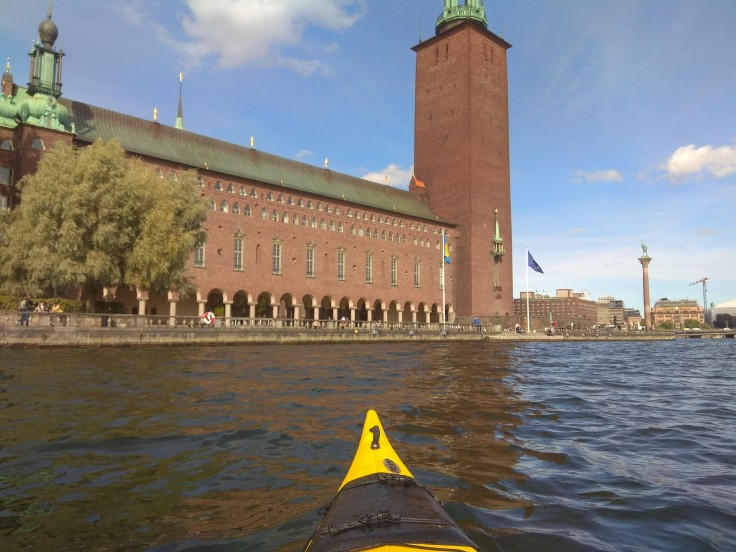 It turned out we were only 30 mins late back. Considering we were new to kayaking / only done it a couple of times before, this wasn’t too shabby.

After our adventure we went to meet our relatives in Stockholm and have Friday night dinner with them at their apartment. This was a very special evening. It was so nice to meet relatives of our grandfather. They were extremely hospitable.