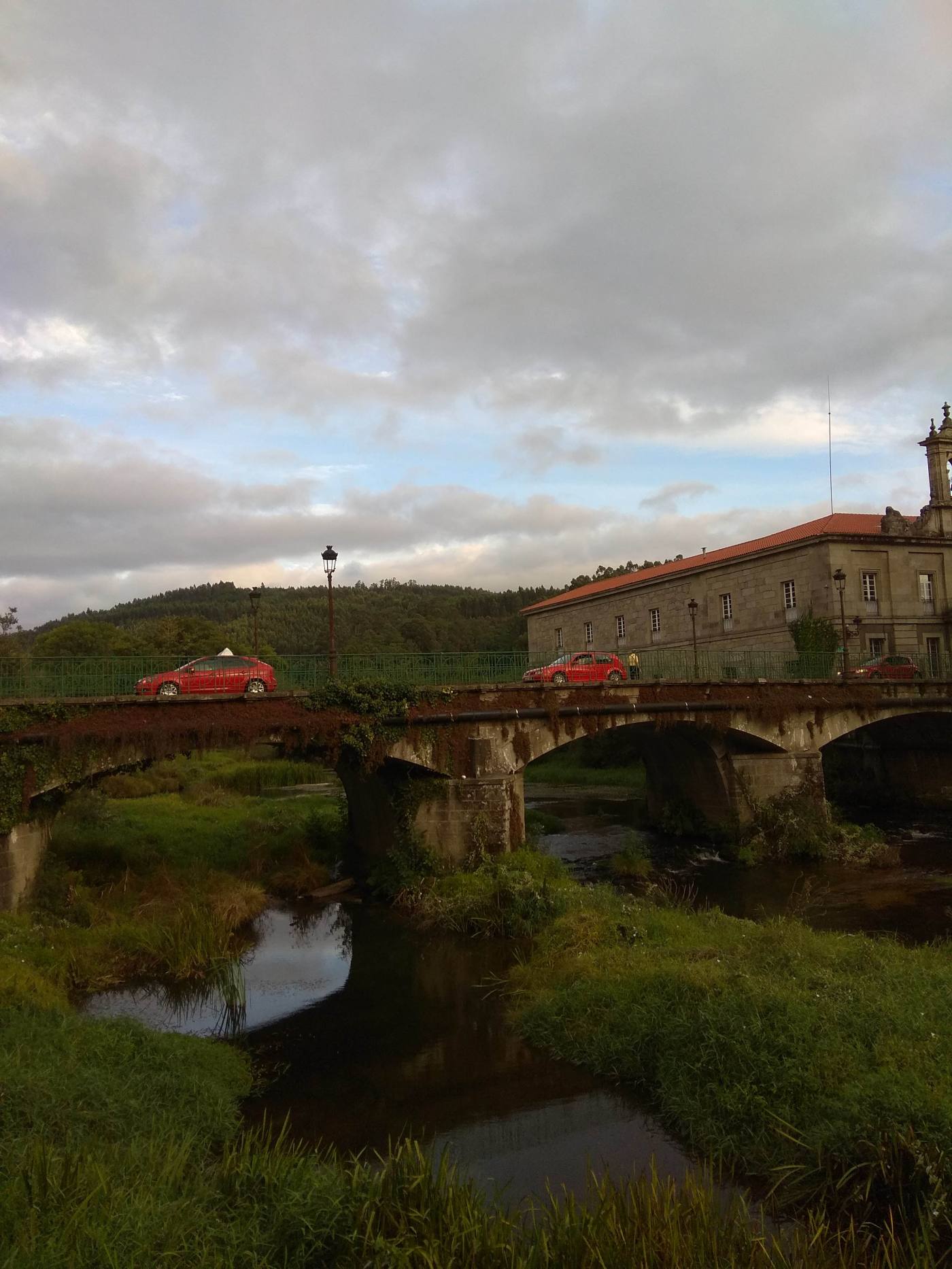 We checked out of Casa Sara bright and early before wondering around Pontevedra. Finding a supermarket, we stocked up on supplies before heading off. These were mostly chocolate based. My brother invested in a litre of cacolatte milk which did not last long at all. We also purchased chocolate yoghurts, fruit breakfast bars and pastries. 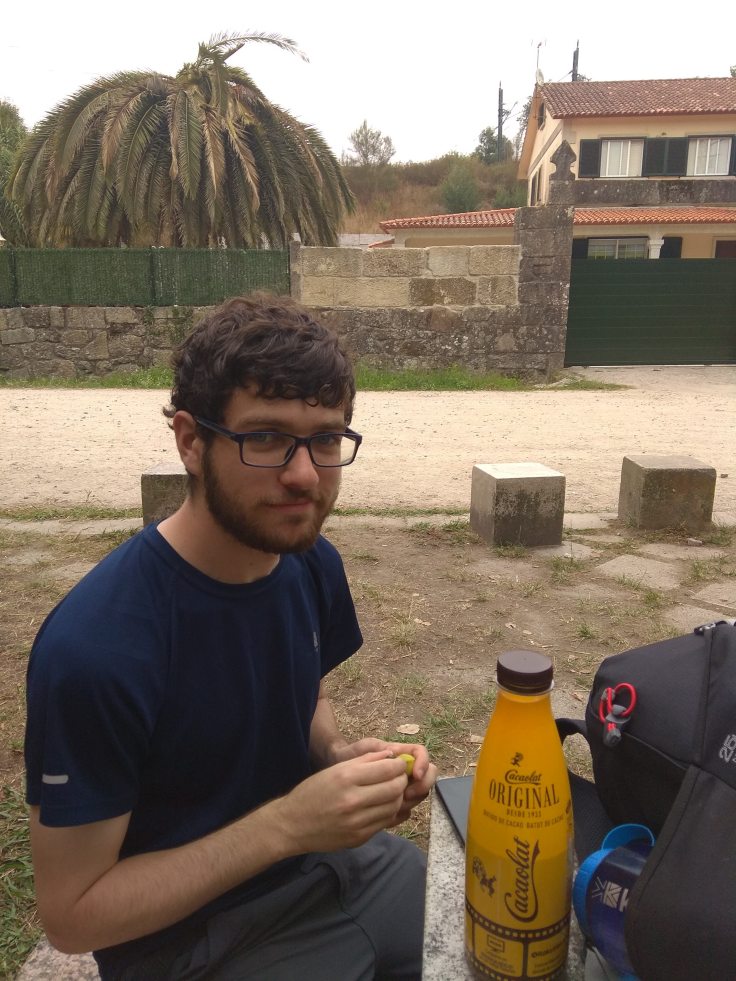 The day was spent walking through beautiful vineyards which smelt of sweet grapes. Sampling one was not as sweet. It was a little bitter. This was probably karma for stealing a grape. 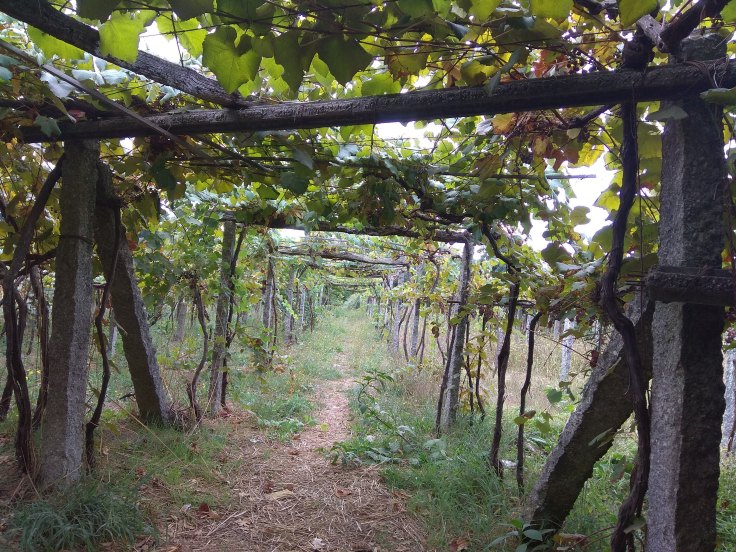 The path was getting much busier, we came up with code words to describe our fellow pilgrims. People had travelled from all corners of the world to be here.

Passing cafes they were completely packed. We were happy to have our own food to avoid the tourists.

At one point we chose a forested path rather than the quicker path along the road. We decided it would be more pleasant. On our journey we got trapped among a group of 30 Germans. One lady was adamant that we shouldn’t over-take her. The rest if the group let us pass. However, this woman kept speeding up when we approached her. She then proceeded to block the path. Eventually, we whizzed past her and walked at our maximum speed to lose the large group. 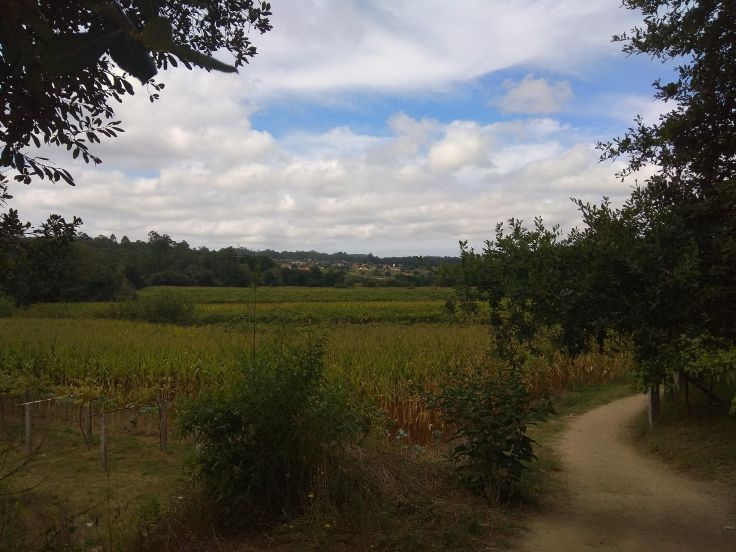 Hours later we needed a break. We stopped at a cafe and topped up our water bottles. Jonathan enjoyed a coffee ice cream. I tried to order ice coffee but we ended with ice-cream instead. Too tired to mind we finished the small sugary treat.

We later found the German group on the road side signing together.

A while later, sweaty and exhausted we arrived in Cala de Res where there was rumoured to be natural hot springs. I had been dreaming about them all day. First we needed to find our hostel. It was conveniently situated on the Camino path.

Dumping my bag I rushed off to find this hot spring. Hotel Balneario Acuna had harnessed the natural waters and diverted them into a pool. Costing € 7 to use it was definitely worth it. I spent the afternoon soaking in the pool and swimming lengths. 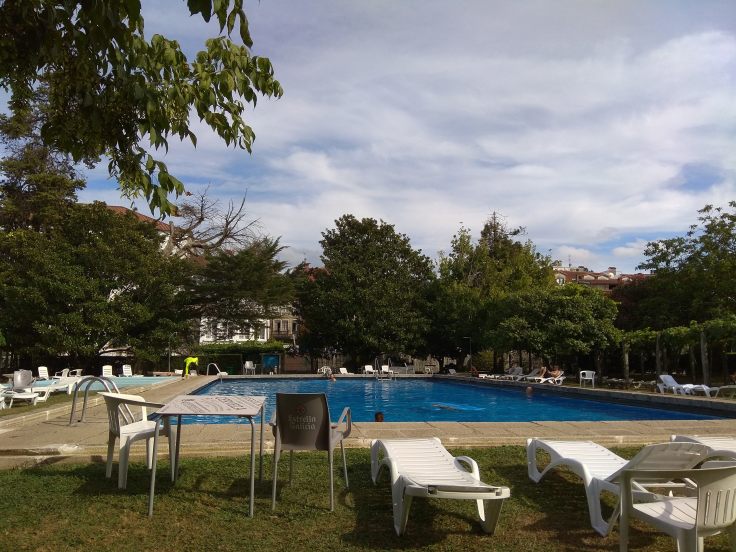 Later on I found my brother and we went for dinner. Tasty pasta followed by fresh fruit from a local green grocer.